It all happened out of the blue.

It was 2012, and I was driving around with my then six-year-old, Claire. 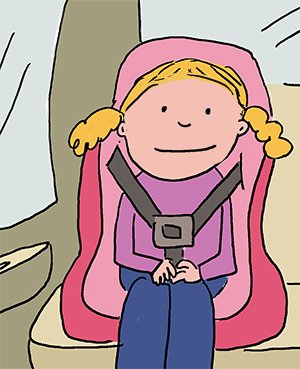 Suddenly, she seemed to remember something. Something concerning. 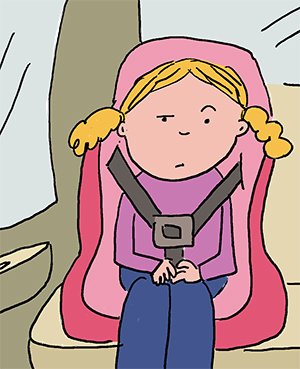 She rolled the window down… 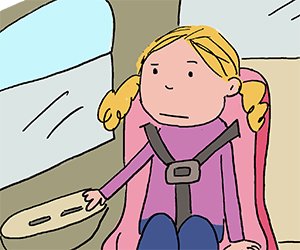 And, without explanation, yelled: 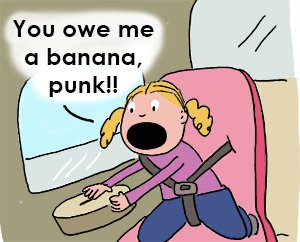 That’s right: You owe me a banana.

I was like, “What the heck, Claire! What are you saying?”

But she just laughed and laughed.

Then, whenever the car got close to someone, she would get serious and yell it again: “You owe me a banana, punk!”

She shouted at joggers. 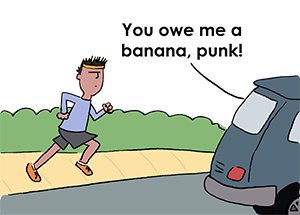 She tried to collect from parents and kids. 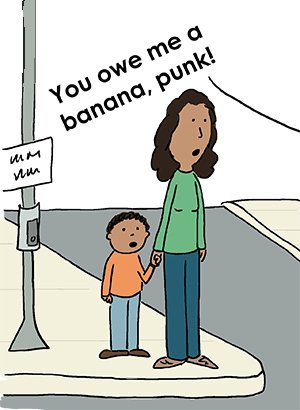 She even accused a cop of owing her this alleged banana. 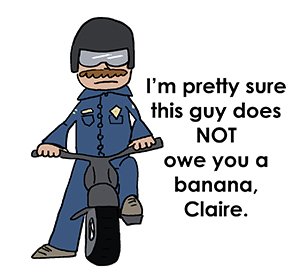 This went on for several days, whenever I forgot to lock Claire’s car window. And my eight-year-old, Kate, was no help at all. She would notice that we were driving up to someone and shout, “Claire! Doesn’t that person owe you a banana??”

Finally, we went a week without any yelling about bananas. I thought we were in the clear, but no. Every so often, she would get that look…

… and I knew she was going to try and collect on the damn banana.

Personally, I never believed anyone owed her any fruit–and I tried to thwart her attempts to yell at innocent bystanders.

But who knows? Maybe I was wrong all along. Maybe there was a punk rocker out there who’d accidentally forgotten a deal he’d made with Claire… 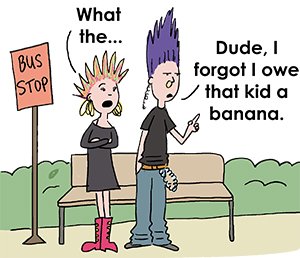