The Life and Times of Weezer Pinko

It was a Thursday afternoon when my daughter Kate (then age seven) discovered an imaginary friend. His name was Weezer Pinko, and he communicated to her via her belly button. (I know. Weird.)

“Mom!” she yelled, “Weezer Pinko is talking to me!”

Then she looked down at her belly button and asked: 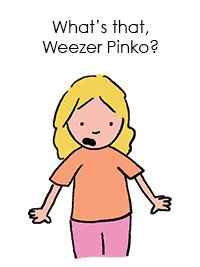 She listened for a moment, then announced: 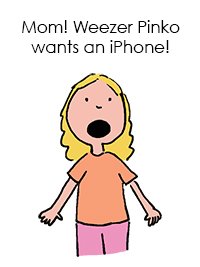 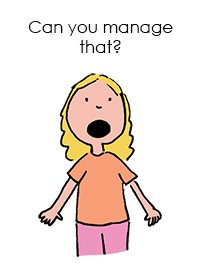 But Weezer Pinko was undeterred. In fact, his demands grew more outrageous as the afternoon wore on. 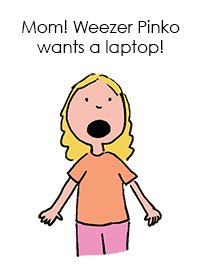 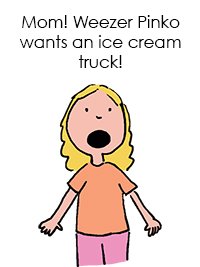 Even Kate seemed exasperated by some of his requests. 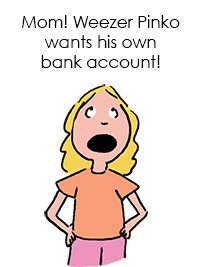 Then a strange thing happened. (OK, stranger thing.) Later that afternoon we stopped by my optometrist’s office to pick up my contacts. While we were there, the doctor gave Kate a balloon.

Back in the car, she studied the balloon closely. Then she excitedly announced, “Mom! THIS BALLOON IS WEEZER PINKO!” 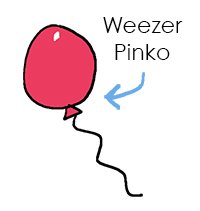 She hugged it and said, “I love you Weezer Pinko!”

I tried to follow this. “Wait, so Weezer Pinko left your belly button and took the form of a balloon?” I asked. 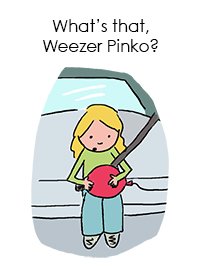 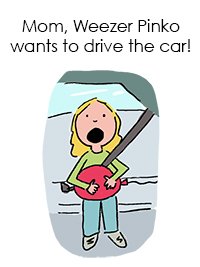 We got home (with no help from Weezer Pinko), and Kate left him in the car so her sister would have NO access.

The next morning, Kate was overjoyed to see her friend. She went to school, and when I picked her up, she told Weezer Pinko about her day. Back at home, we got out of the car and Kate started to bounce Weezer Pinko in the air. Up… down… up… down…

She was full of joy. I can only assume Weezer Pinko was as well. 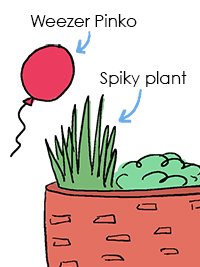 In the blink of an eye, Weezer Pinko was gone. 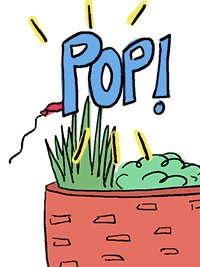 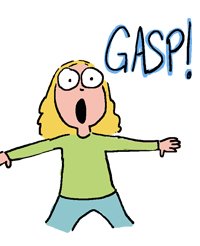 I had to drag Kate into the house. She crumpled to the ground, sobbing “WHY?”

I tried to console her, but it was no use. Finally, I left her there and started making dinner.

A good 20 minutes later she was still going strong. I checked back in and found her making pronouncements such as: 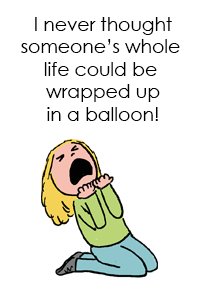 No, she’s not dramatic. Why do you ask?

At this point, I wasn’t sure what to say. So I just asked, “Did Weezer Pinko say anything to you before he popped?”

She looked at me, her face soaked with tears, and without missing a beat she said:

A jet pack. To propel himself away from the spiky plant… to safety.

Kate looked into the distance. “A jet pack,” she whispered.

Poor Weezer Pinko. In his dying wish, he finally got it right.