It was fall of 2014, and my daughter’s school was launching its annual fundraiser–selling magazines, cookie dough and such. I was quite excited to see the cookie dough catalog, but Kate came home excited about something else: Ducks.

Evidently, the kids earned these little rubber ducks as they sold items. And they could wear the ducks on lanyards around their necks.

There were 12 ducks to collect–and they were modeled after pop culture icons. My daughter Kate had Pitbull. 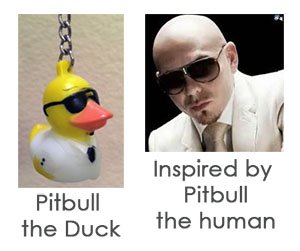 Each of these ducks probably cost… oh, I don’t know… four cents? But to the kids they were pure gold.

However–and this was important–their value wasn’t equal. A whole economy had sprung up around the ducks, and trading them was serious business.


Kate tried to explain the hierarchy to me.

The main takeaway was that the Sheldon duck was wildly popular. But even Sheldon paled in comparison to another duck… 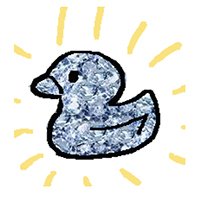 The Bling Duck. Coated in fake diamonds, glinting in the afternoon sun. Everyone wanted that thing.

The catch: You had to sell seven items to get it.

Kate spotted the Bling Duck as she was thumbing through the fundraiser material. 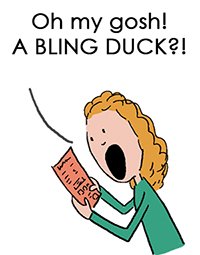 Claire, my youngest, just heard the words “bling” and “duck” and she was in. 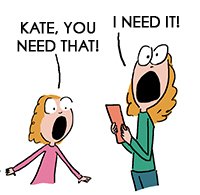 For the rest of the afternoon, these two whipped themselves into a frenzy, and became convinced that the Bling Duck was the key to all joy in life. 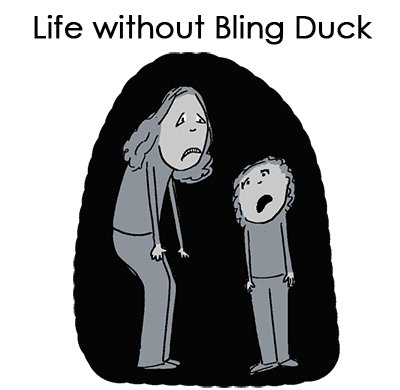 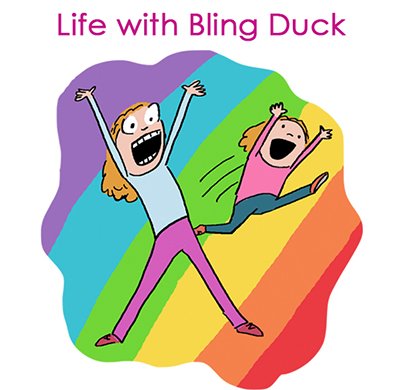 I was like, “Guys, I don’t want to buy seven things. Forget about the Bling Duck!”

I started paging through the catalog. “OK,” I said, “I’ll buy a couple tubs of cookie dough and maybe this 20-year subscription to Real Simple magazine. That’s it.”

“We’ll get a couple more cookie doughs!” I declared. “And maybe Nana will buy some cookie dough, too. But then we’ll keep forgetting to give it to her, and six months from now we’ll eat it ourselves!”

When I filled out the form, I threw in yet another cookie dough. Hey, it’s to support the school! And just like that, we had seven items and my kids were on their way to Bling Duck bliss. A life like this… 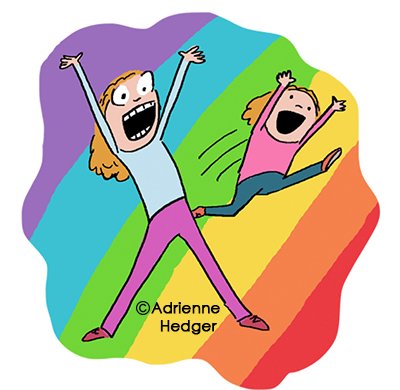 … that lasted roughly two days, then reverted, predictably, to this: 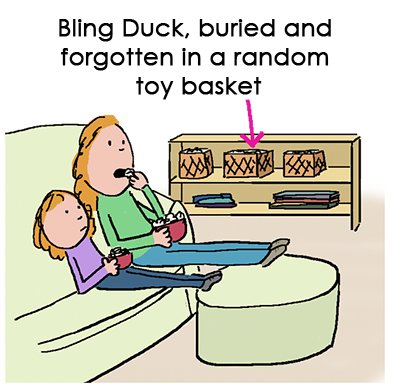 And yes, we did eventually eat my mom’s cookie dough. Sorry, Mom! Can I interest you in a diamond-studded duck as a consolation?