Back in 2010, when Claire was in preschool, her class played a lot of “question” games. For example, the teacher would write, “Do you like carrots?” on the chalkboard. Then the kids would stick their name tags under the “yes” column or “no” column. Or the teacher would ask, “How many marbles are in the jar?” and the kids would give their best estimate.

Well, Claire *loved* these games, and she started introducing the concept at home. She would walk around with a notebook and pen, ready to fire questions at us. 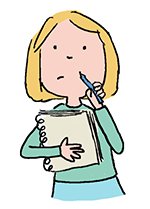 She didn’t go with easy questions, either. No. For example, she asked us: 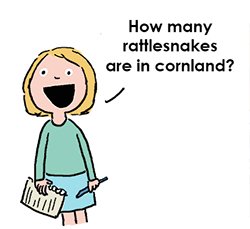 I wouldn’t even bother trying to figure out what she was talking about–I would just throw out a number. Kate would take a wild guess too. 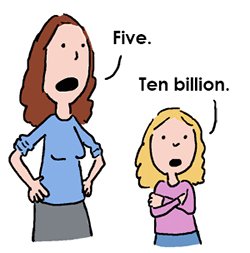 But Jack liked to give it an honest go, and would begin calculating an answer grounded in reality. 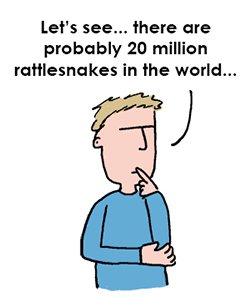 That was all well and good, but I sensed that Claire didn’t really have the right answer. So why bother trying to figure it out?

For instance, she asked us: 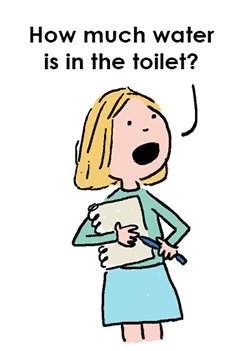 Me: “Water is measured in gallons.”

I gave up that battle and answered: “Three.”

Claire thought about it… 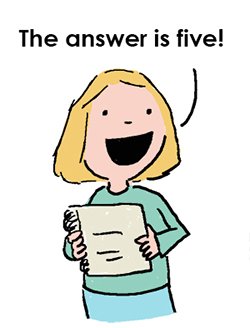 Five what? I had no idea.

She claimed that she was “not making the answers up,” but I had my suspicions. For instance, one question was: 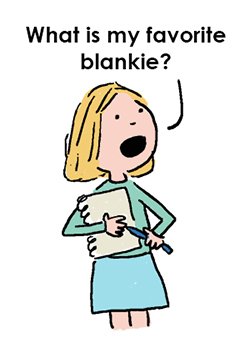 Easy enough. She carried around two blankies — one yellow, one pink. 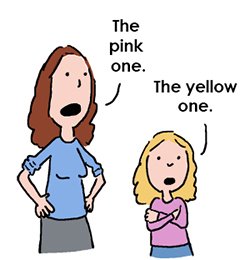 But no! She revealed that… 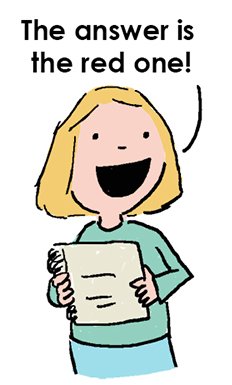 Yes, the fictional red blanket that no one had ever heard of! Obviously that was the right answer. 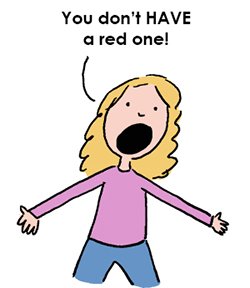 But in the face of these challenges, Claire stood firm. 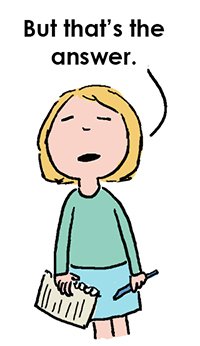 After a while, I pretty much gave up even trying to guess. 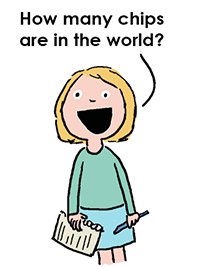 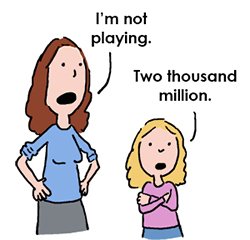 But this usually backfired as well, much to Kate’s horror. 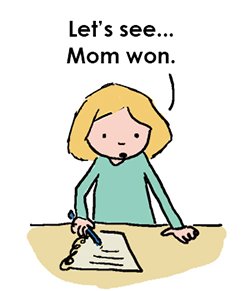 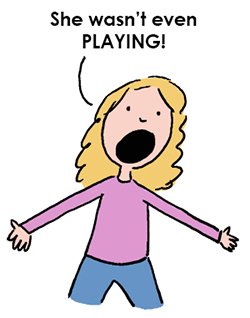 Every time I won (which was a lot), Claire would make me a “winning thing.” A medal. A trophy. A certificate. They were cute, but they really started to pile up, and some were quite large. So I had to “weed them out” by filing some in the “circular file,” if you get my drift.

Then, inevitably, Claire would appear, demanding to know: 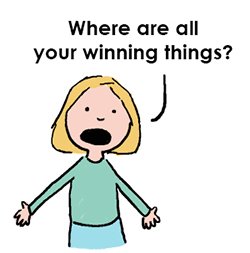 That would send me on a fun digging excursion, where I would encounter coffee grounds, banana peels, chewed gum and other lovely material.

Another thing she would do with these games was add rules on the fly. One rule heavily favored the first responder. She informed us that: “You can’t guess the same answer.” Then she asked: 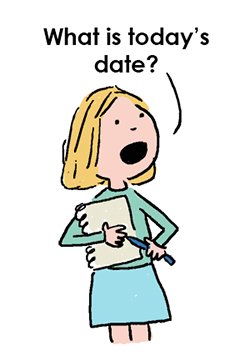 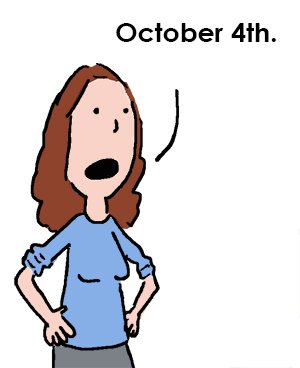 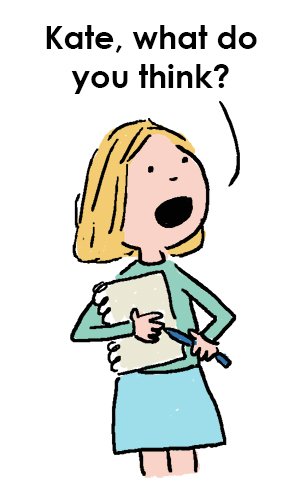 Kate of course said “October 4.” Then Claire reminded us of the new rule. 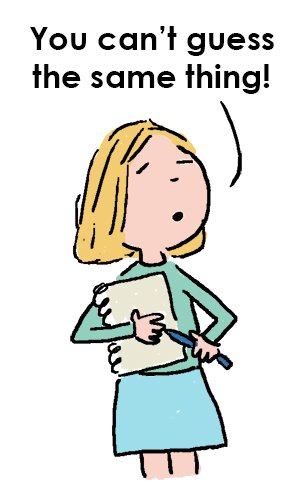 I’m not going to lie – it made it tough for the second person. But those were the rules, so what were you going to do? (Answer quickly, that’s what.)

After a while, Claire added an even more perplexing element into her game. Family members got points for… well, we didn’t know what. It was all very secretive. Out of nowhere, Claire would say, “Let’s see who has the most points!” Then she would run over to her notebook. Kate would follow closely behind.

Claire would refer to a page full of random chicken scratches, then declare: 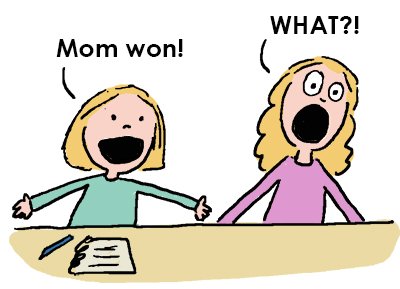 You won’t be surprised to hear that Kate never won. She also never gave up. Even when it was clear that Claire was sabotaging her, Kate still played — and remained serious about winning. 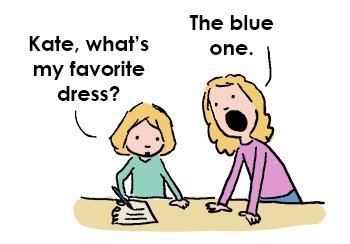 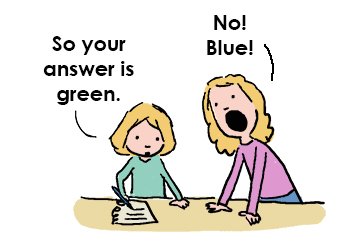 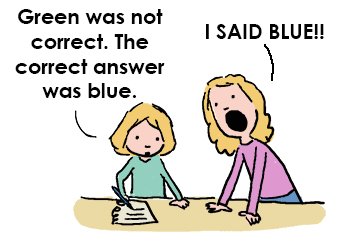 By this time, I would be back at the “circular file” trying to manage my “winning things.”

And Jack? He would still be trying to figure out how many snakes were in cornland. 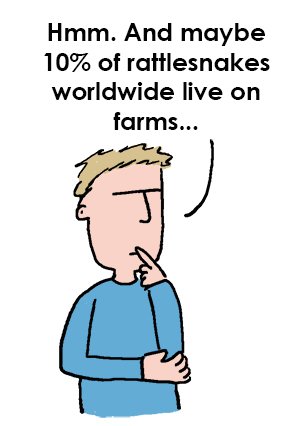