Hedger Corp: What Happened With Bob

When we last left off, the employees were undergoing company-mandated counseling. Today we find out what happened with Bob…

Bob wasn’t sure how much time had passed since the weird “therapist” had shown up in his bedroom. Hours? Weeks?

One thing was for sure: the situation was deteriorating rapidly.

It greatly pleased the therapist, but thoroughly upset Bob.

Bob tried to curl up under the covers — to find peace and escape the madness.

Meanwhile, the therapist found Bob’s CD player. He turned the volume all the way up and pushed play. For a second there was silence. Bob tried to remember what CD he’d left in there…

Then the song “Rock Me Amadeus” by Falco started blaring out of the speakers.

At first the therapist stood perfectly still, and let the music wash over him. Then he launched into an intense dance.

When the song ended, the therapist pushed the “repeat” button. Rock Me Amadeus continued on a constant loop for the next three hours–and the intense dance routine grew even more intense. More disturbing.

Bob tried his best to block out this freak show, but it wasn’t easy. Eventually he felt himself drifting off to sleep.

When he awoke, all was quiet. He opened his eyes.

Things did not appear to be heading in a good direction.

Bob jumped out of bed and backed away from the fire and weird sculpture. He had no idea what the therapist was planning, but whatever it was, he needed to stop it. He tried to think… how could he get out of this house? His only hope was to come up with a crazy idea — something that would appeal to the therapist’s insane thought process.

“We need a lion,” Bob said, surprised by how calm his voice sounded. “The pet shop will have one.”

This caught the therapist’s attention.

A lion… the therapist considered this. A lion… yes. That would be a perfect addition to the “Circle of Danger” challenge he was planning.

And so they set off on Bob’s bike to procure a lion.

Bob was relieved to be out of the house, but also worried. The pet shop wasn’t going to have a lion. He needed another idea – fast.

All too soon, they arrived in town.

To Bob’s extreme dismay, the pet shop DID, in fact, have a lion.

What the..!? This did not bode well for his afternoon.

But then a strange thing happened. The owner of the hair salon next door stepped out to the street.

He stared at the therapist, then approached him.

The therapist just looked at him. 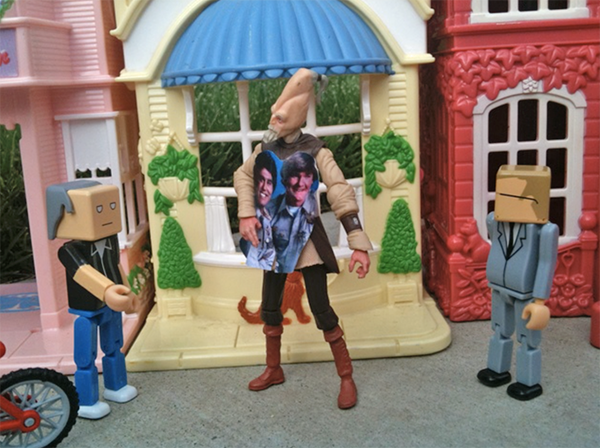 “I couldn’t help but notice your ponytail,” said the salon owner. “Did you do it yourself?”

The therapist nodded once.

The salon owner thought about this. “I need you to follow me,” he said.

They went inside the shop. 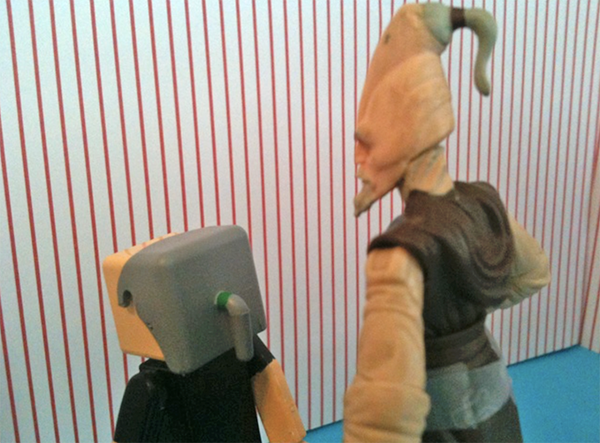 “This is my business,” the owner said once they were inside. 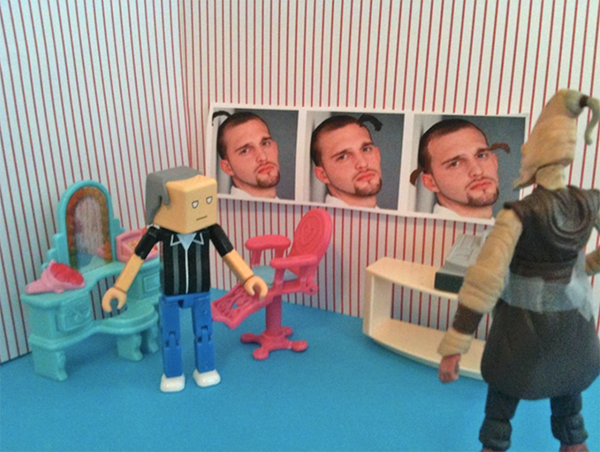 He pointed to an impressive display of photos on the wall. “I specialize in ponytail hairstyles for balding men who don’t like to smile,” he said. 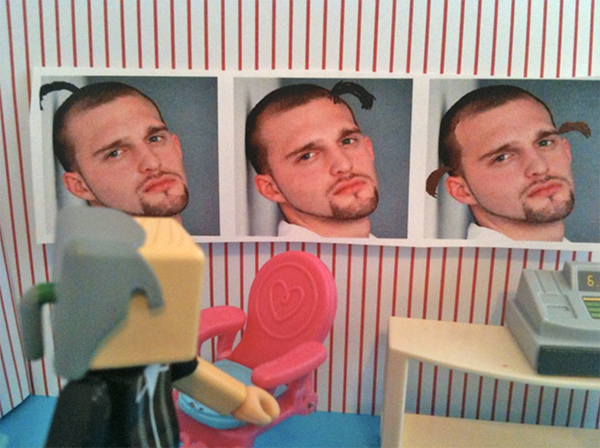 “It’s not a huge market,” the owner conceded. “But it’s bigger than you think. And let me tell you this: You have what it takes to achieve extraordinary success here. Extraordinary.”

There was a pause, then the owner said, “I’m asking you to join my team.”

The therapist asked for two minutes to consider the opportunity. 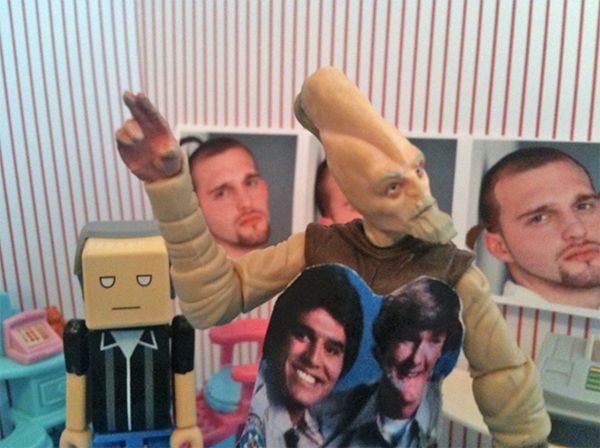 Ponytails… small amounts of hair… no smiling… These were all good things, the therapist thought.

He would, of course, insist on playing Falco’s “Rock Me Amadeus” on a constant loop in the beauty shop — at the highest possible decibel. But he could broach that issue later.

“Yes,” the therapist said in a grave voice. 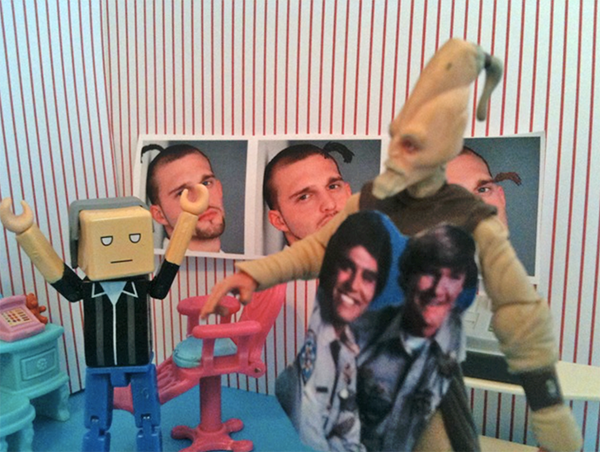 Bob walked in. “You!” the therapist yelled at Bob. “You are on your own!” 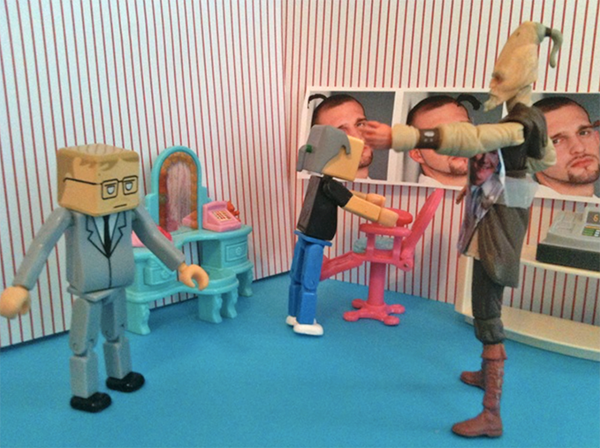 Bob’s heart nearly exploded with joy. Could it be?? Was this for real?? Then the therapist leaned in. “AFTER I do your hair,” he hissed. 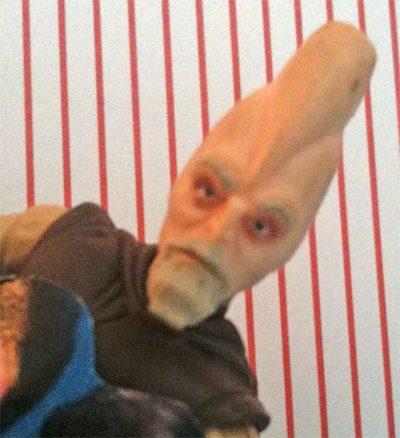 Bob wasn’t really a ponytail type of guy. And he didn’t love the idea hair extensions. Still, it was a small price to pay for his freedom. 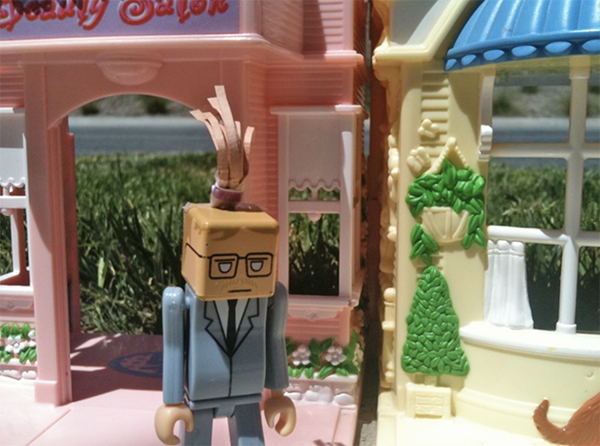 Next: What Happened with Derek? 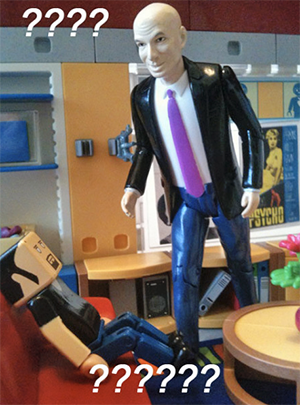