The saga of Hedger Corp, as told in weekly installments. More here.

After our marathon goal-setting meeting, the employees returned to the office to find some disturbing new signage.

Before they could figure out how much they should worry, a lunch lady appeared.

“Sit down!” she yelled. The employees quickly complied.

Then she stood there, perfectly still, for a full 15 minutes.

Finally, she shouted that she was not, in fact, a lunch lady. She was a nutritionist! Specializing in raw, organic matter! She was here as part of the new “Get Fit or ELSE” campaign! And she was going to force everyone to eat healthy in 2017!

Then she asked the employees what they’d eaten that day. Derek thought back to his breakfast…

But he was better than Bob, who’d only eaten a bucket of trans fat.

When no one answered the breakfast question, the nutritionist passed out multi-vitamins she’d personally manufactured. They were large. It was going to take a lot of water to get those puppies down. 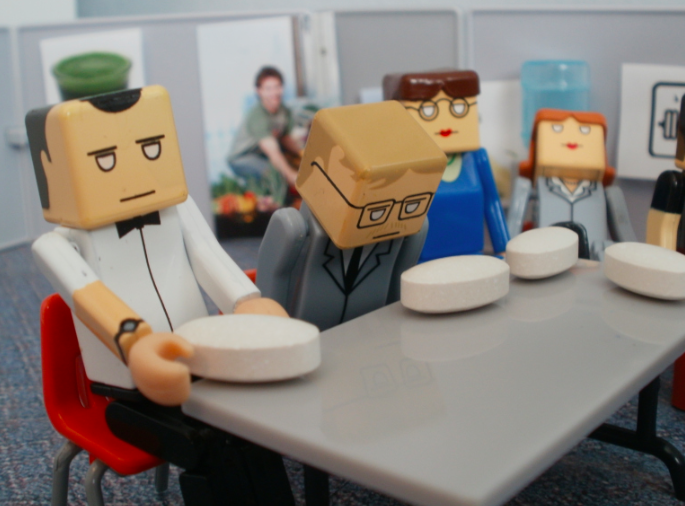 After this mayhem, lunch was served. And that’s when the employees realized that the nutritionist doesn’t believe in cooking anything. She advocates for raw food ONLY, including pasta.

Lunch was a cornucopia of nuts, spaghetti (raw), an enormous pear, and some turnips.

Things didn’t get better from there.

To cope with all this, Bob found a donut website and stared at pictures for hours on end. 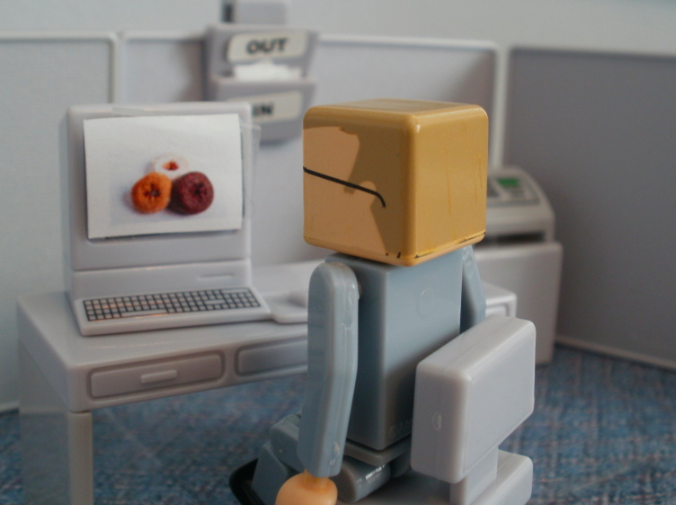 He was unaware that, down the hall, Ann had a huge stash of donuts under her desk. The employees (minus Bob) took turns enjoying the donuts and coffee, and guarding the cube from the nutritionist, who was patrolling the office. 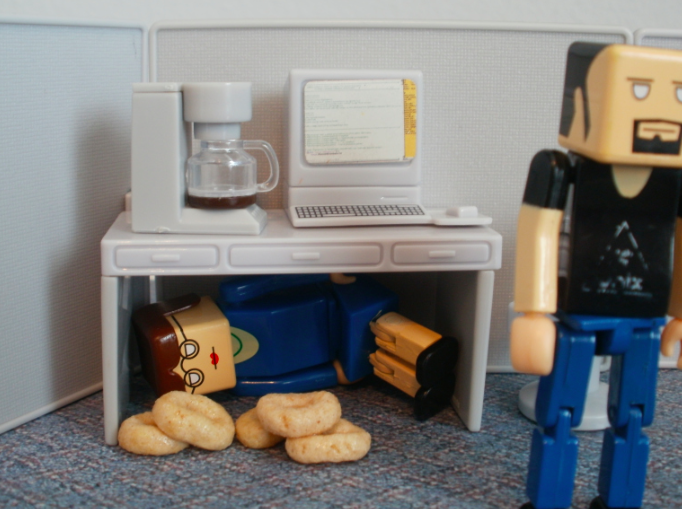 By Friday morning, the staff was struggling. And no one was excited about the nutritionist’s new idea: A “Group Eating Challenge” featuring a banana from her extra-large banana tree. 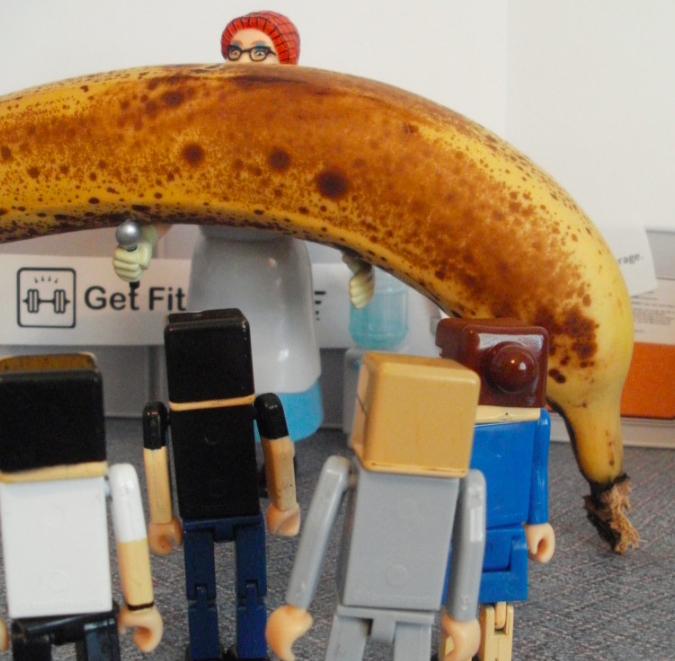 But then suddenly, she dropped the banana. She appeared to be listening intently to… the faint sound of music?

Yes. It was the “music” from the video game Space Invaders. A siren song from the nutritionist’s past. In her youth, she had demonstrated exceptional natural skills for Space Invaders, and had racked up the highest score in national competition. But her love turned to addiction, and the game that made her ended up almost destroying her. 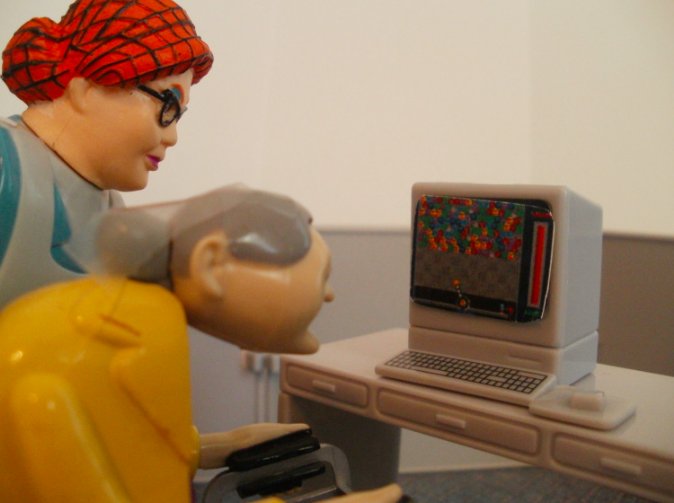 The nutritionist would not leave Grandma Bernice’s cube. She shouted commands, cursed, cheered and ordered Grandma Bernice to make complicated, but strategically brilliant moves. It was clear she wasn’t going anywhere for a long time.

Back in the breakroom, the employees breathed a sigh of relief.

But that relief was short-lived. Out of nowhere, an exercise guru appeared. 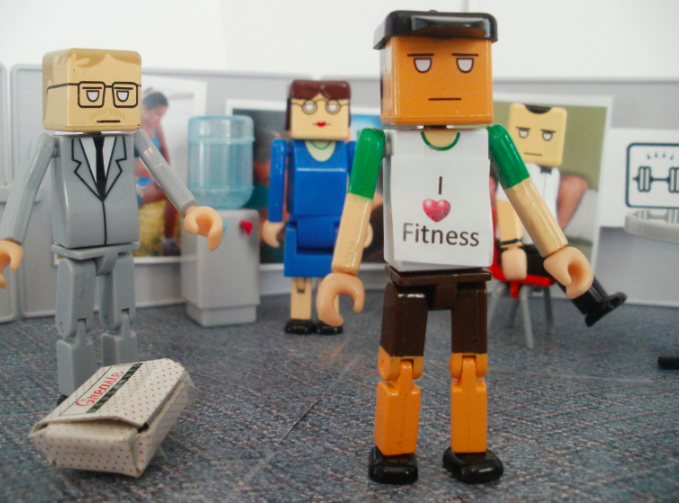 Next: Even more wellness!