The saga of Hedger Corp, told in semi-regular installments. Catch up here, if you’d like.

When my employees arrived at work this week, they were swarmed by paparazzi. 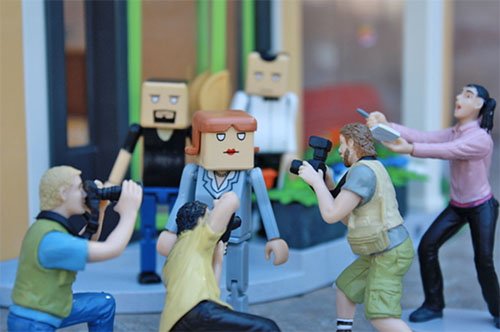 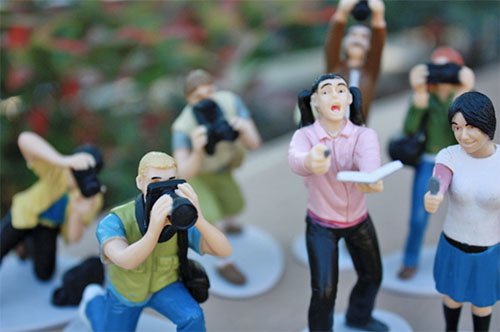 Why? No one knew. 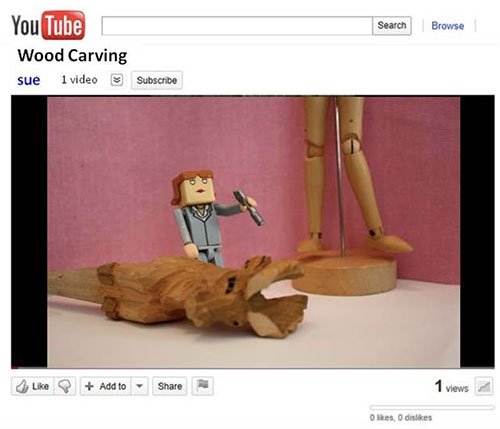 Instead, it turned out the paparazzi were there for our former intern, Techie Smurf. He had become a major movie star when The Smurfs movie came out years ago. This week, The Smurfs movie is showing at the bargain movie theater near our office. The theater’s slogan is “Pay us two bucks and we’ll dig up a lame movie to show you.”

Still, it was a pretty big deal, and Techie Smurf was on site to promote the whole thing. 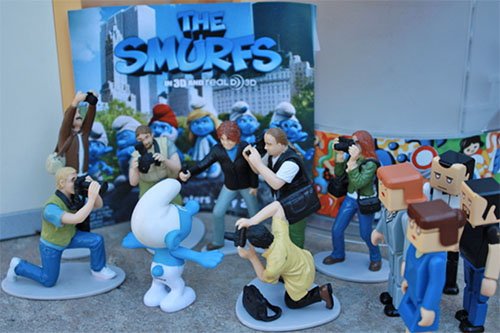 The movie director was also with him. 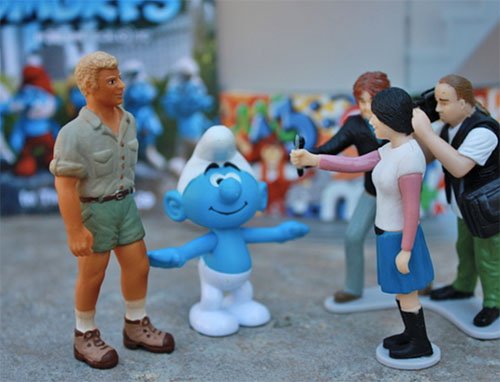 When Ted and Ann spotted the Hollywood director, they immediately sprang into action. Ted dashed home to retrieve his dog, Mr. Bojangles, who he always felt should be in show business. Ann rushed home to grab the screenplay she’d been working on. 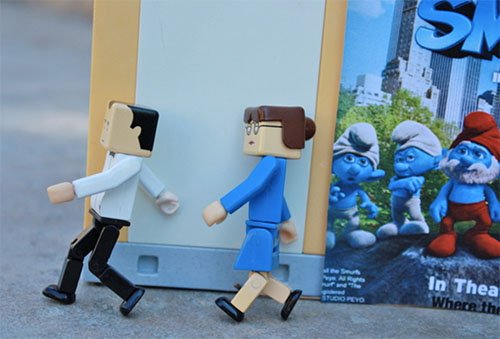 Meanwhile, Techie Smurf was posing for pictures with my assistant, Brandon. Brandon was one of the few people who’d seen AND enjoyed The Smurfs movie when it came out. 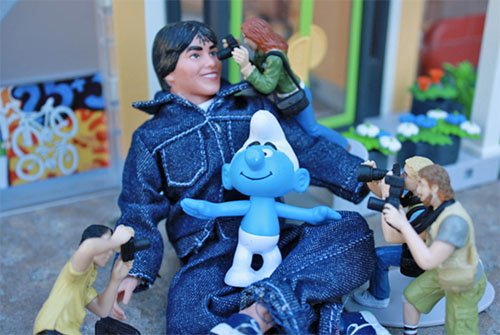 Derek was NOT happy to see Brandon and Techie Smurf striking up a friendship. As some of you will recall, Derek secretly idolizes Brandon, and wants to be his Best Friend Forever. 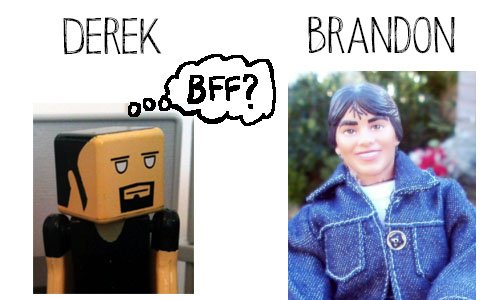 As he stood there watching Brandon and Techie Smurf become all chummy, Derek could feel his anxiety levels rising. 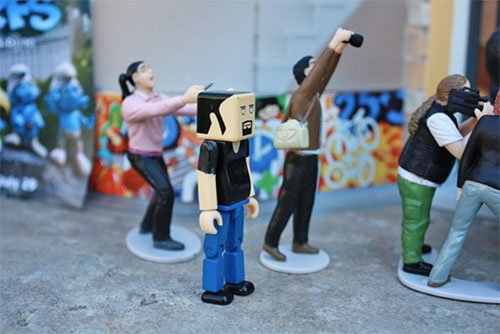 He decided there was no way he would let Techie Smurf and his stupid fame steal Brandon away. No way.

He began to devise a plan. 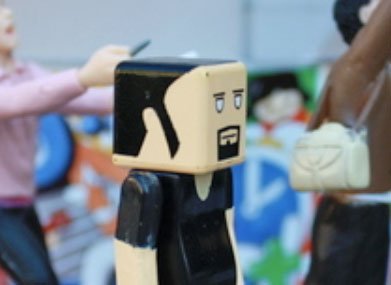 While Derek was scheming, Ann started pitching her screenplay to the Hollywood director.

“It’s horror film about a gang of quasi-magical ponies who take over a house and try to drive the owner out,” she explained. 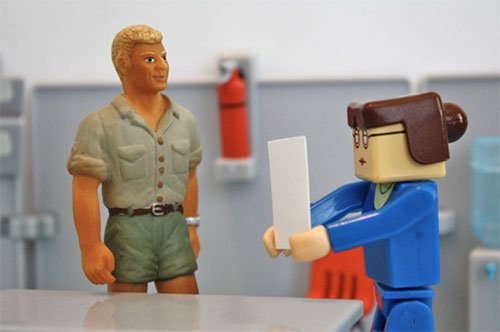 “That seems rather far-fetched,” he replied.

Little did he know Ann was literally describing her own life. 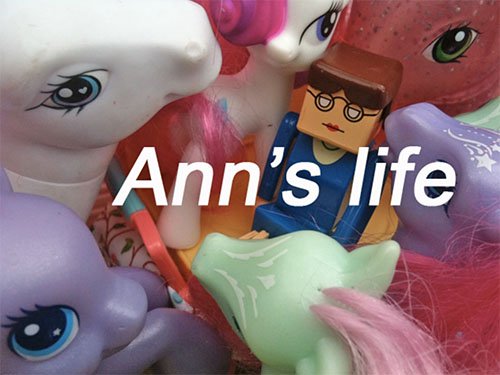 Then Ted stole the director away. “Watch how well Mr. Bojangles can pitch a product!” Ted said. “This little guy is a born star!”

He demonstrated how Mr. Bojangles could be a “spokesdog” for electronics… 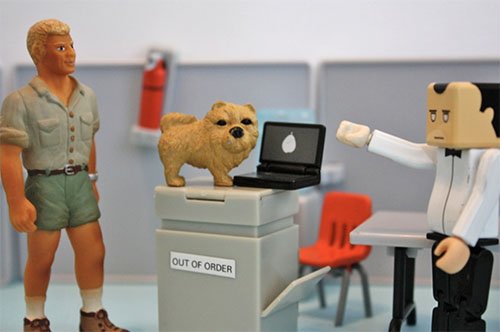 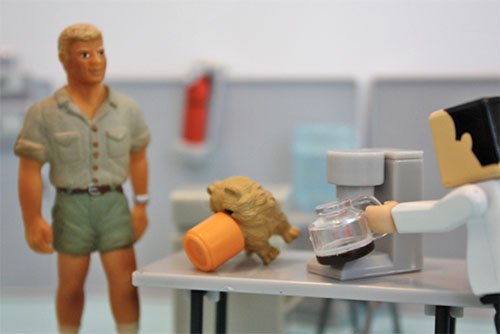 Derek’s plan was simple: He decided that the rest of the week would be Dress Like Your Favorite Celebrity week. If everyone looked like a celebrity, then Techie Smurf would hold no special appeal, and Brandon would stop paying attention to him.

Derek started handing out flyers to announce the event. 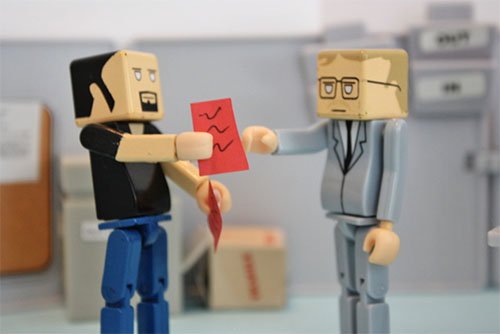 But then Ted flew out of nowhere brought Derek down with a swift karate chop. 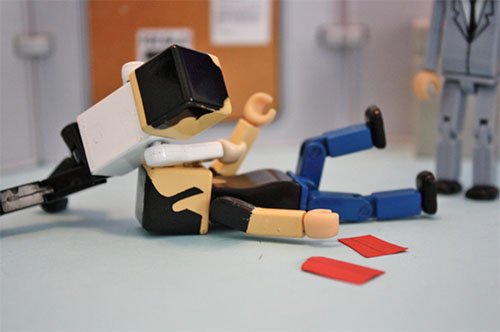 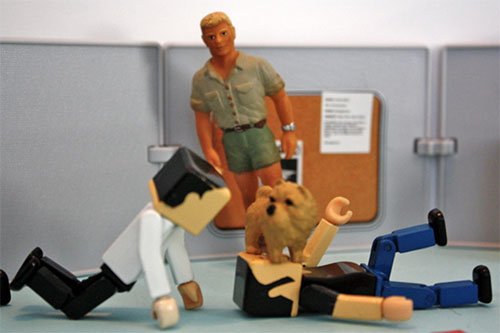 Overcome with fear, pain and dog slobber, Derek passed out. He later came to, with no help from Mr. Bojangles.

As he sat up, he realized Brandon was trying to comfort him. “It’s OK, buddy,” said Brandon, as he patted Derek’s head. “That was so messed up.” 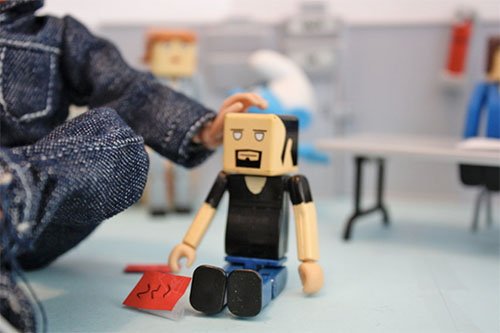 Derek felt tears of joy welling up. His future BFF was paying attention to him.

He decided to cancel Dress Like Your Favorite Celebrity week. It was going to be too much work, and suddenly it seemed unnecessary.

Unfortunately, he forgot that he’d given Bob a flyer.

The next day, Bob arrived at the office in an outfit that was… unusual. 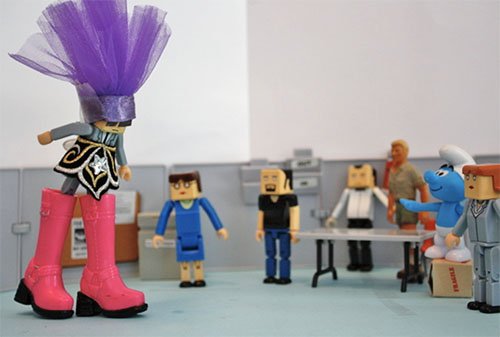 The paparazzi, still on the premises, went NUTS. Bob stopped to take in his surroundings. Why was he the only one dressed like a celebrity? Why were the photographers swarming around him? Did they think he was actually Lady Gaga? 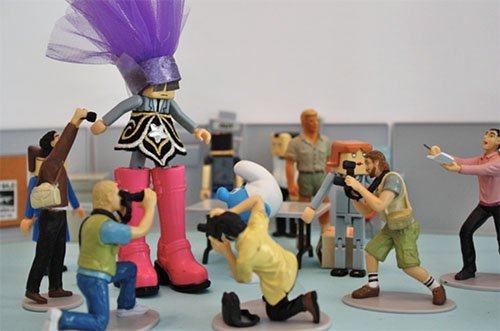 He had a sinking feeling things were about to get very awkward.

Next time: The Lady Gaga situation blows up, and one of the employees takes a daring approach to calm things down.