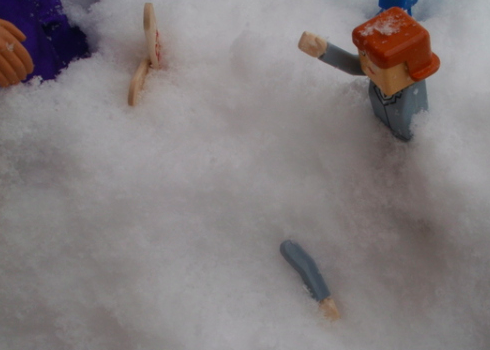 Well, we managed to stick it back on when we returned to the office, but we used an old, semi-dried out glue stick. Evidently that’s not a “medically permanent” solution. Her arm has started falling off again. Several times a day.

In addition, Brandon’s favorite shoe is missing, since the employees fed it to a spider last week. 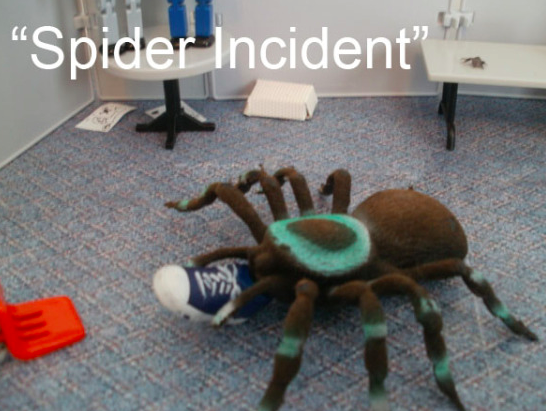 Being the strategic leader I am, I came up with a plan that would solve the arm/shoe problems and cheer everyone up, all in one fell swoop. 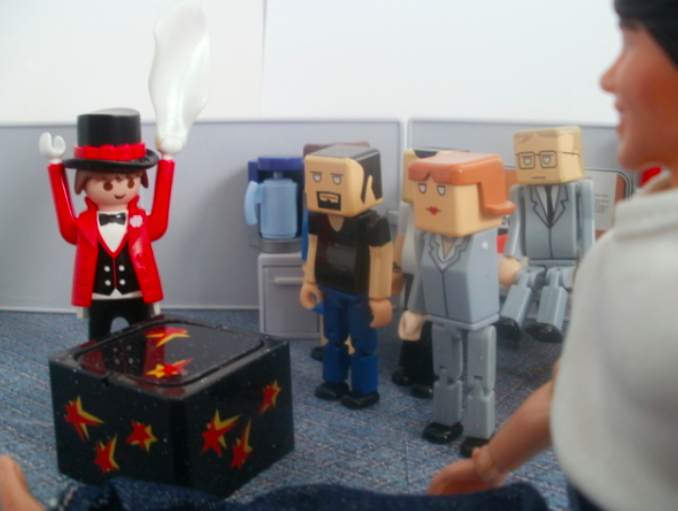 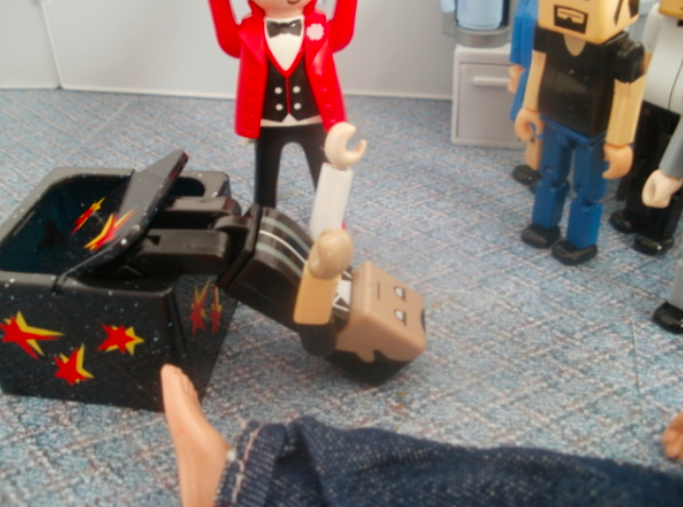 Was it disconcerting that the Magician’s assistant had really strange arms? Maybe. Considering the Magician was here to repair Sue’s arm. 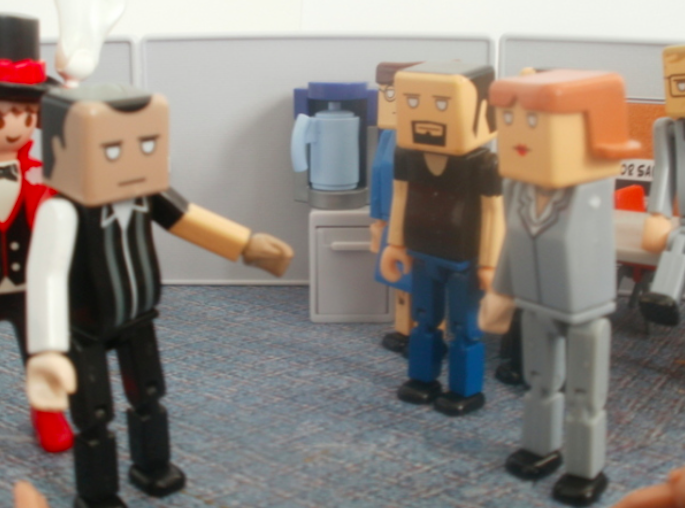 But there wasn’t time to dwell on this because the Magician and his assistant quickly pulled Derek from the crowd. 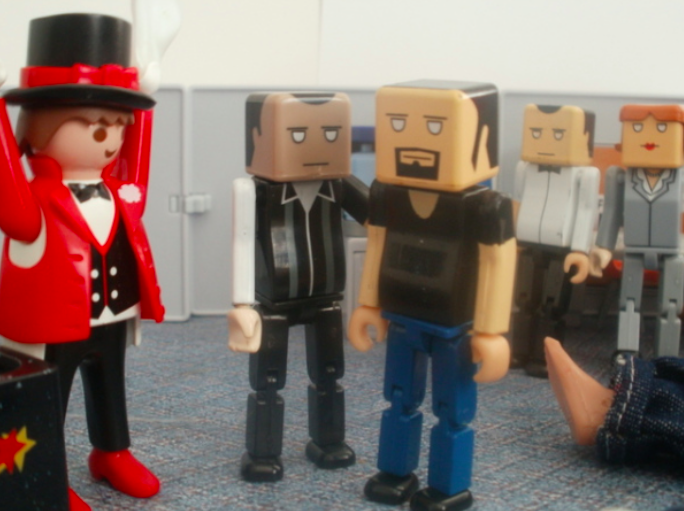 The Magician whispered something magical, and then asked Derek: “What do you want more than anything?”

A thought popped into Derek’s head, but he didn’t say anything. More than anything, he secretly wanted Brandon’s denim jacket. 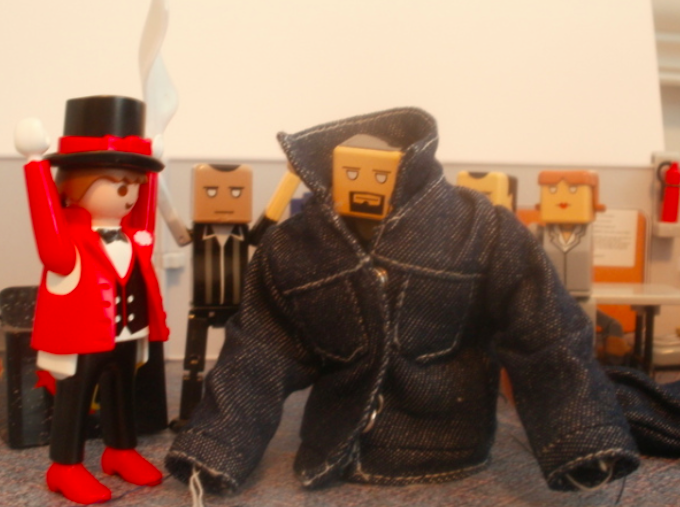 Derek was stunned, and battled mixed emotions. On the one hand, Brandon was sitting right there! It was embarrassing to be wearing his jacket. But on the other hand, it was the awesomest thing ever.

In a flash, the Magician made the jacket disappear. Derek was asked to step back and Ted was called to the front.

Ted was annoyed. Wasn’t the Magician here to (A) recover Brandon’s shoe and (B) repair Sue’s arm? Why was HE being asked to step forward? 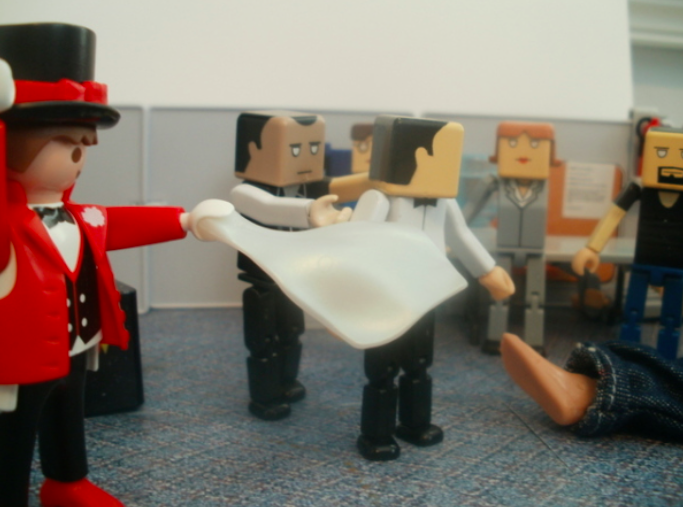 Then, with no explanation or warning, the Magician turned Ted into a potato. 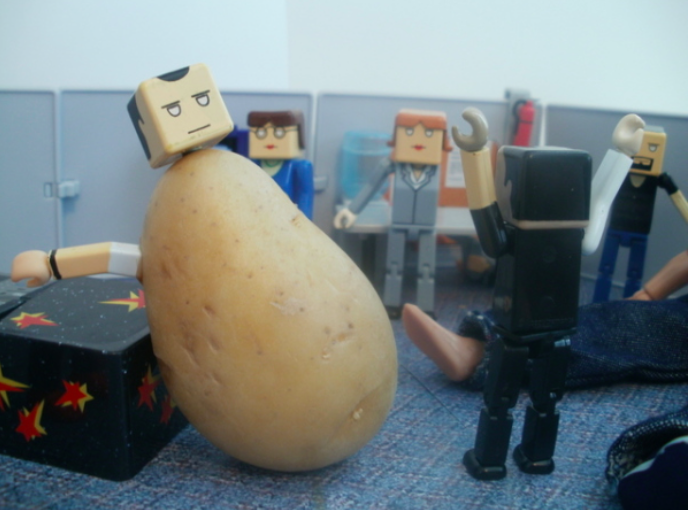 Unfortunately, the Magician couldn’t remember how to undo the spell. Ted was rolled off to the corner.

To try to distract the crowd from this issue, the assistant started performing advanced gymnastic moves. 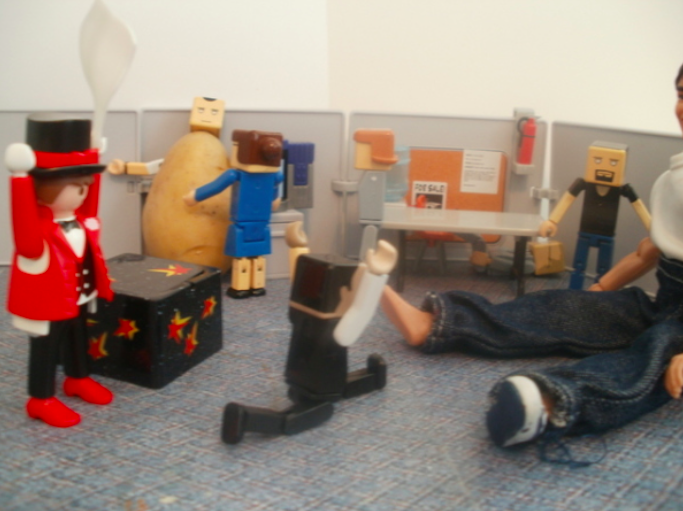 Finally, Brandon raised his hand and inquired about his shoe. 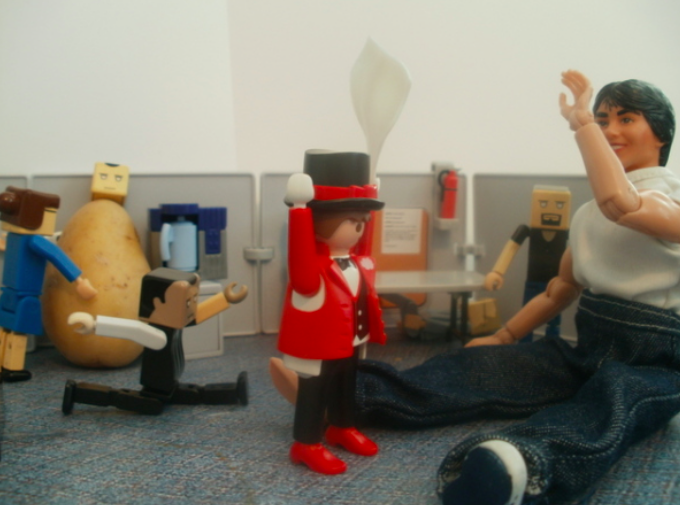 The Magician was happy to turn his attention away from the potato incident. He came up with a magic spell for the shoe, just as Grandma Bernice wandered in. 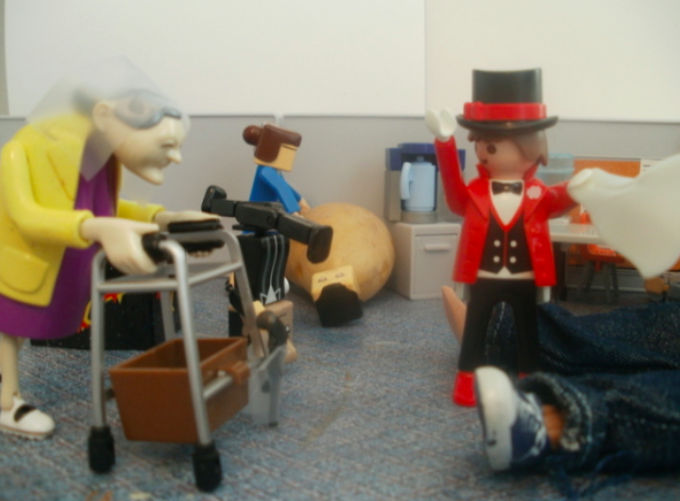 The timing was not good. 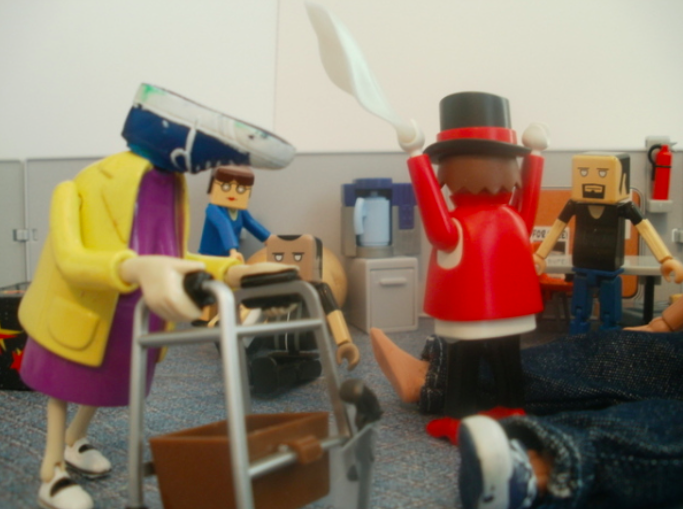 This sent everyone over the edge. First the potato, now this. Things were falling apart.

The assistant realized he couldn’t possibly perform gymnastic moves advanced enough to deflect attention from the current emergency. He privately spoke to the Magician and urged him to restore Grandma Bernice’s head. 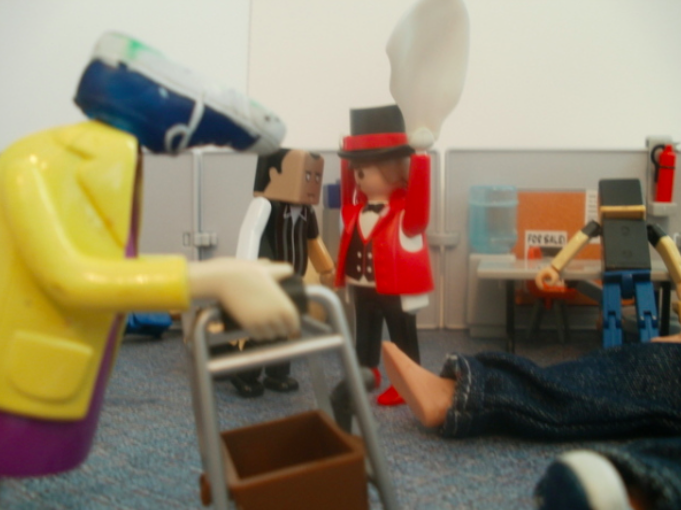 The Magician was secretly shocked that his restoration spell worked. Grandma Bernice wandered out as if nothing had happened. 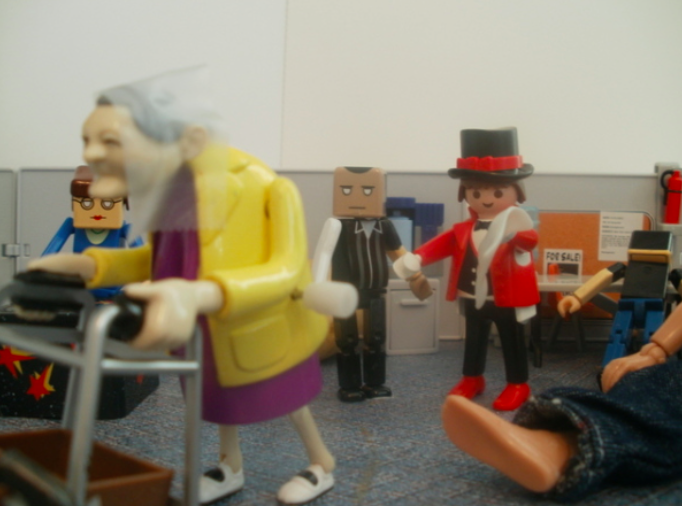 It seemed like things were possibly getting out of hand. It was time to get down to business. 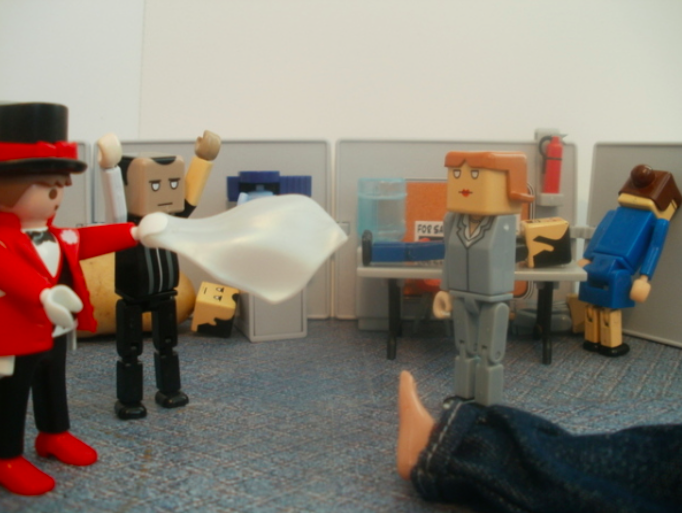 He waved his magic sheet-thing at her and dramatically yelled some magic words.

They were not the right magic words. 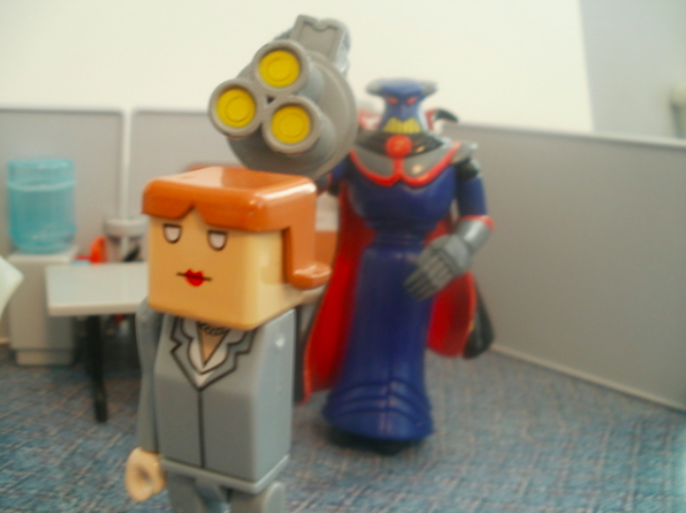 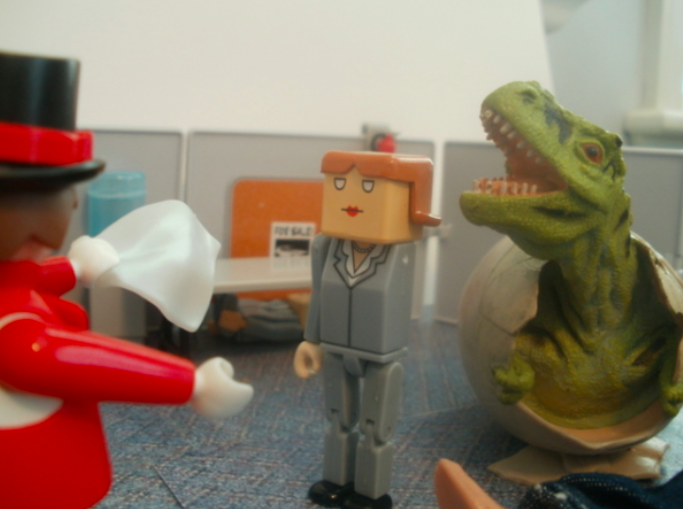 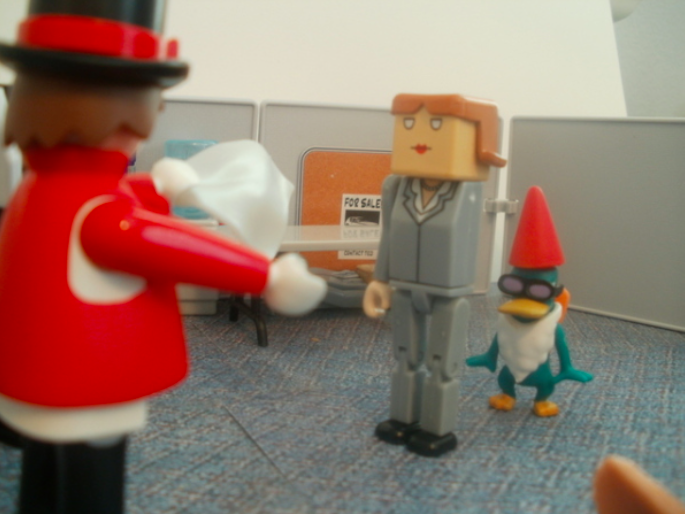 His next attempt was at least partially correct, in that it involved Brandon’s missing shoe. 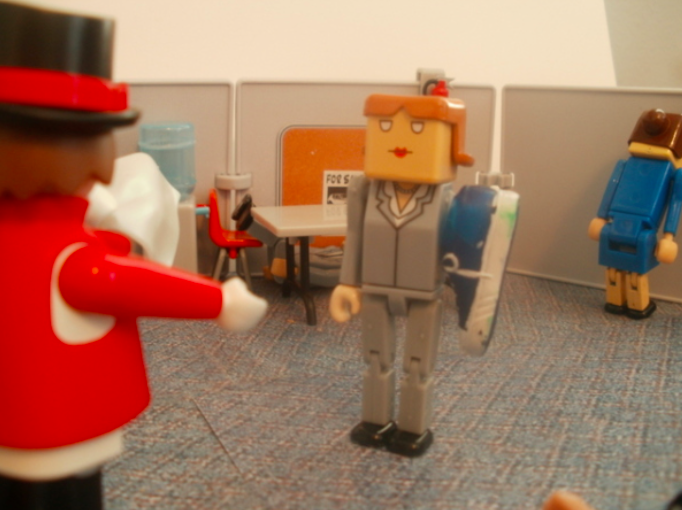 At last, and pretty much by accident, the magician gave Sue an arm. It seemed to be the right size. It seemed to work. But her jacket was gone. 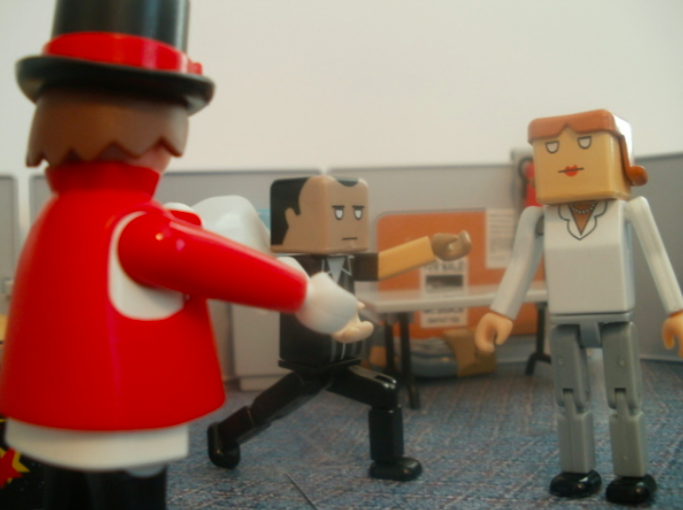 Sue decided this was good enough. Light applause broke out, led by the Magician himself. In the corner, Ted remained a potato. 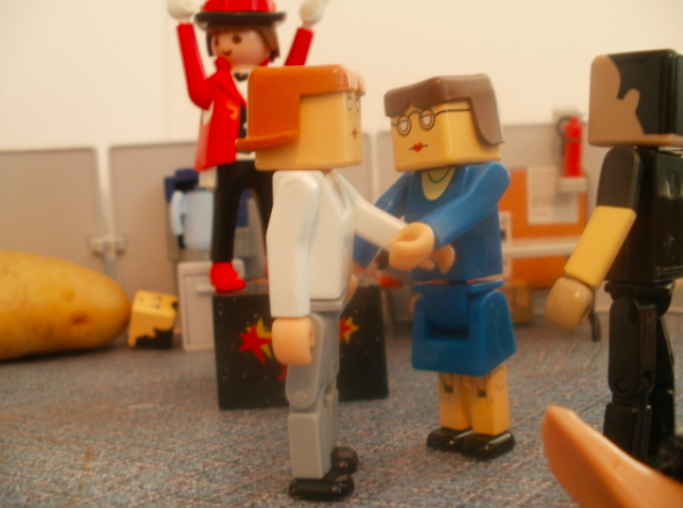 Finally the whole potato thing had to be dealt with.

The staff rolled Ted into the center of the room. 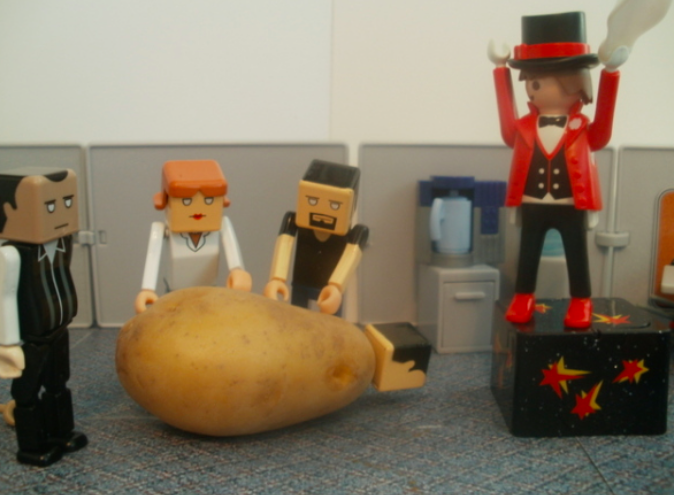 The Magician prepared to do what he did best: Sub-standard magic.

Meanwhile, the assistant started stretching. There was a good chance he was going to need to deflect the audience’s attention yet again. 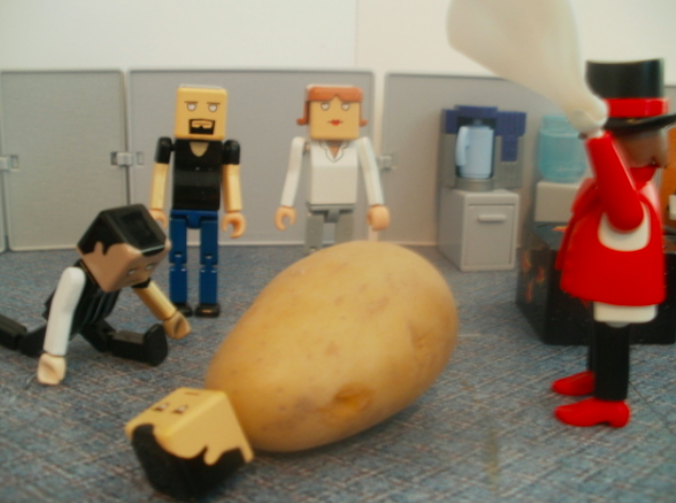 With a swoosh of the magic white sheet-thing, Ted became the latest in a string of attempts to reclaim Brandon’s shoe. 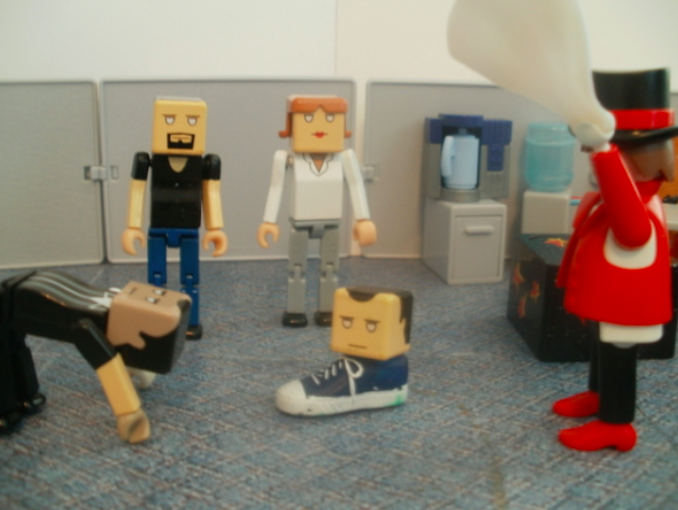 The assistant flew into a back-bend.

Then another swoosh of the sheet and Ted was back. Not perfect, but back.

As was the shoe, in its normal state. 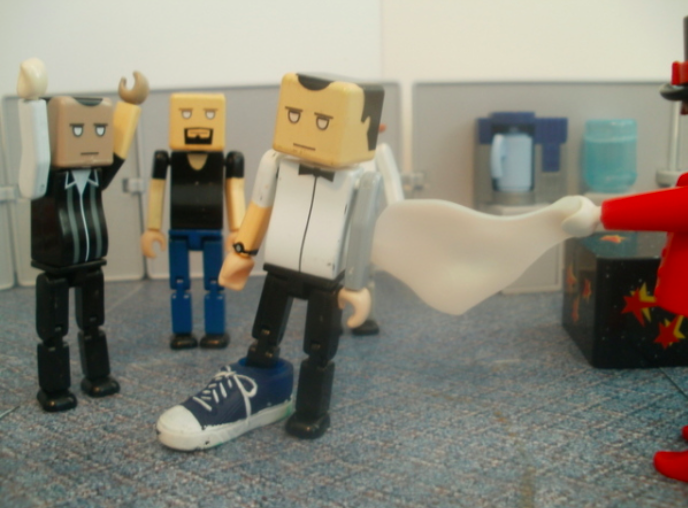 The assistant performed a few “farewell” gymnastic moves while the Magician packed up. 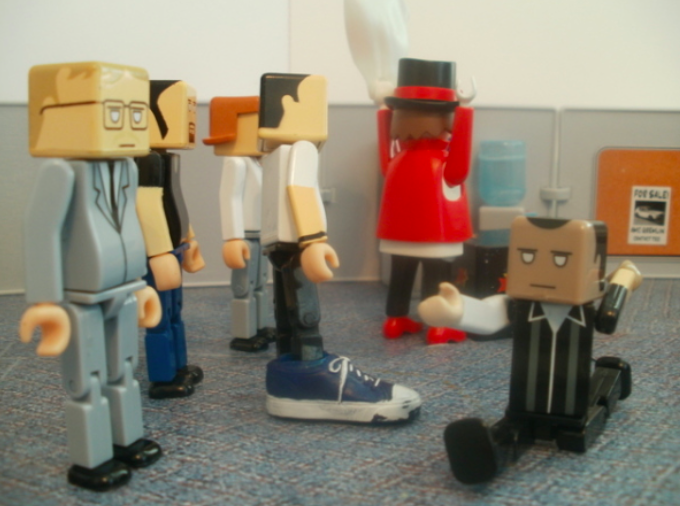 Then he handed out his card. You never knew when someone might need an sub-par magician and his acrobatic assistant.

Derek, meanwhile, couldn’t stop thinking about that denim jacket. Boy, he wanted that thing back. 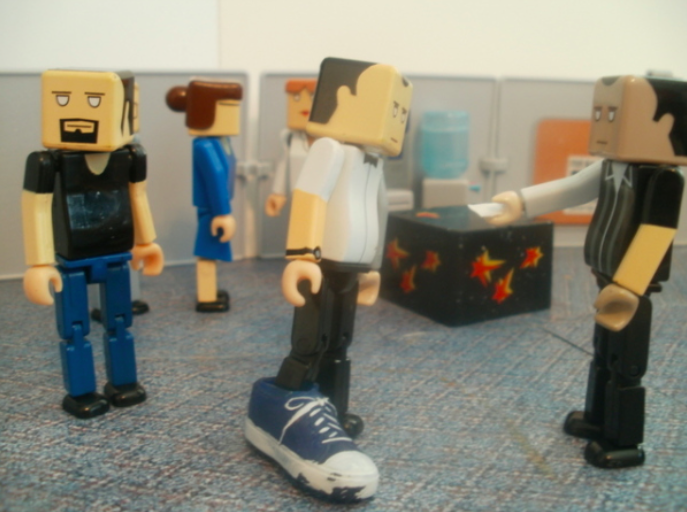 Next: Ted is forced to confront his evil twin brother.