The saga of Hedger Corp, told in weekly installments. (Catch up here.)

Since we had hired three new interns, I decided it was time to force the staff into an inspirational team building workshop.

Coach Kent arrived early, ready to lead an exciting and energizing seminar. He did some light stretching to prepare his body and mind. 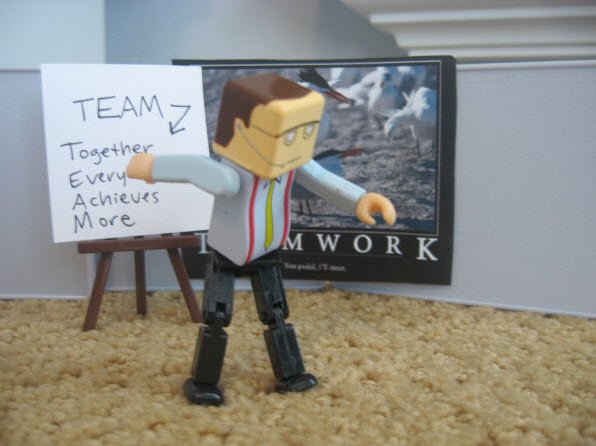 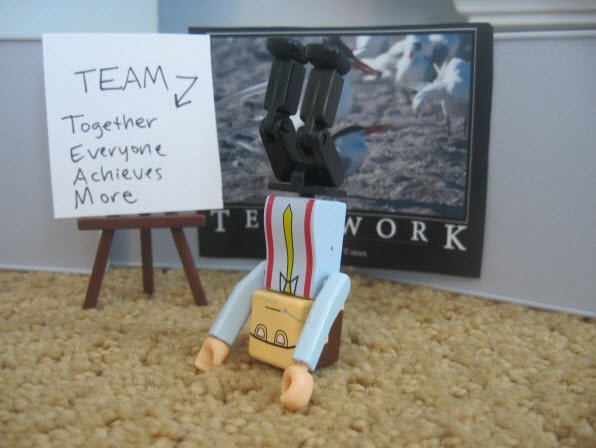 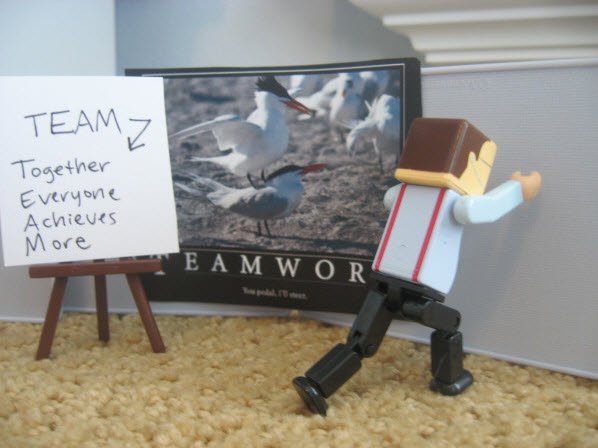 So I had to trick them into attending.

I told them there were donuts in the conference room. You’ve never seen people run so fast. Then I locked the door behind them. Looking back, I should have at least provided the donuts. At any rate, they were stuck. Ready to be infused with team spirit! 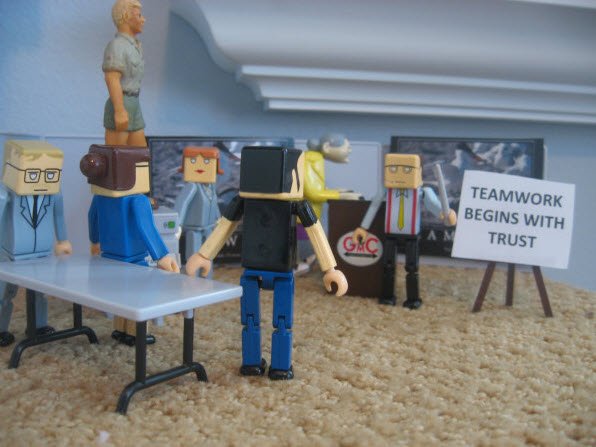 Grandma Bernice cheated by using her walker to prop up Techie Smurf. Meanwhile Safari Dan, opted to pose dramatically on the podium. 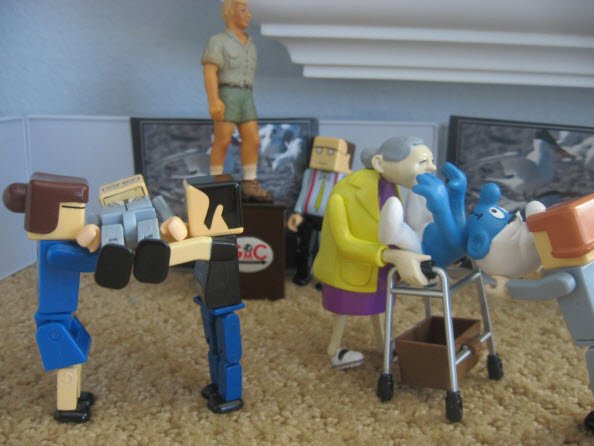 Then it was time for a challenge: Employees were asked to draw a picture that represented the word “teamwork.” Safari Dan shocked the group by bringing in his own paints and creating a lovely portrait of Mr. T. 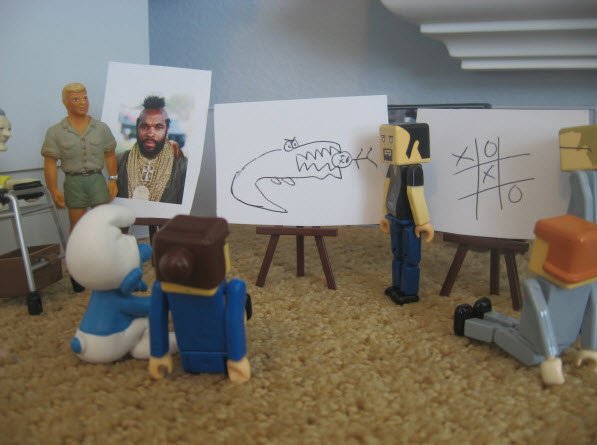 For the final exercise, employees had to list the strengths of their co-workers. Bob was lauded for his ability to grow facial hair and the fact that he brought donuts in twice. That’s pretty much where his list stalled out. 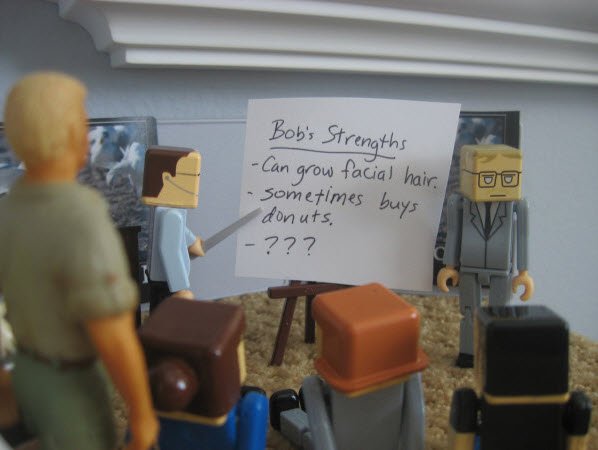 At the end of the workshop, Coach Kent thought it would be a good idea to present a big cookie and have the group divide it evenly, symbolizing their new team spirit. 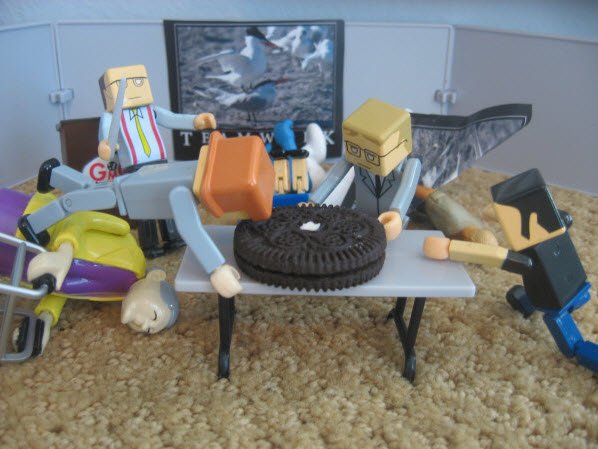 Next week: A mysterious package arrives for Derek. Plus, the office get a surprise sponsor.