The saga of Hedger Corp, as told in weekly installments. (More here.)

This week’s Valentine’s Day festivities threw everyone off, and the staff got pretty behind on their work. When Sue finally logged on to her computer, she was met with an angry note from the e-mail system. 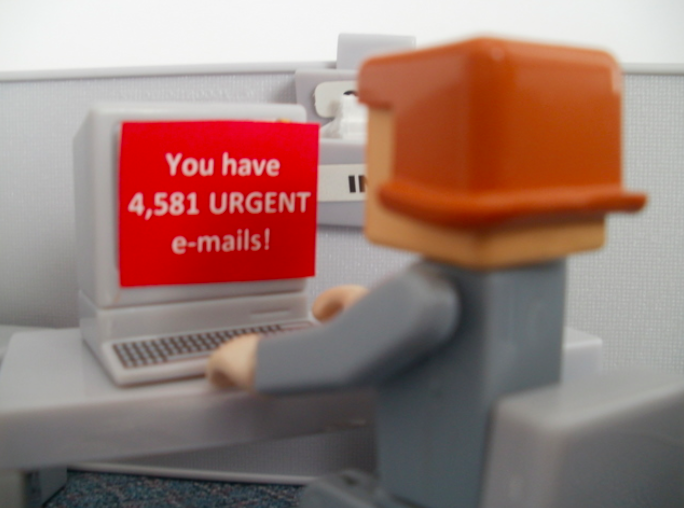 She started freaking out, wondering what fires she was going to have to put out. Her e-mail was taking forever to load. What was going on?! It seemed like there was one HUGE e-mail that was clogging things up… blocking all the other messages from getting through.

She cursed. I won’t tell you what she said, but it was bad. 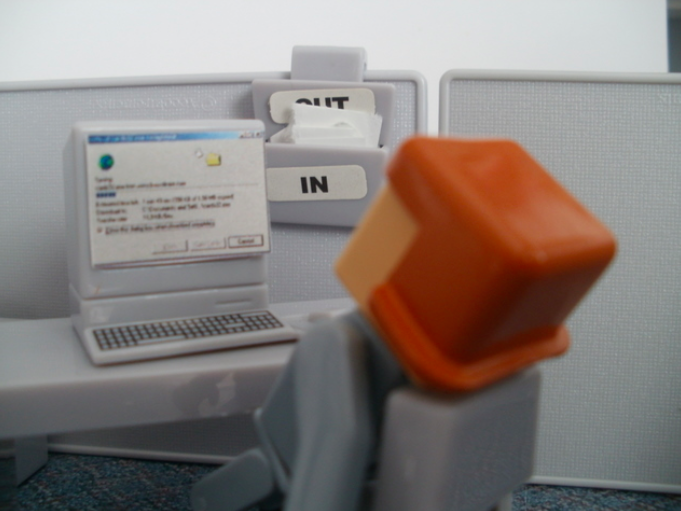 Ann, meanwhile, returned to find that her computer was locked in a round-the-clock videoconference with Papa Smurf. Evidently Techie Smurf had set it up, and didn’t know how to close out of it. Ann even tried turning the computer OFF, but even that didn’t work. 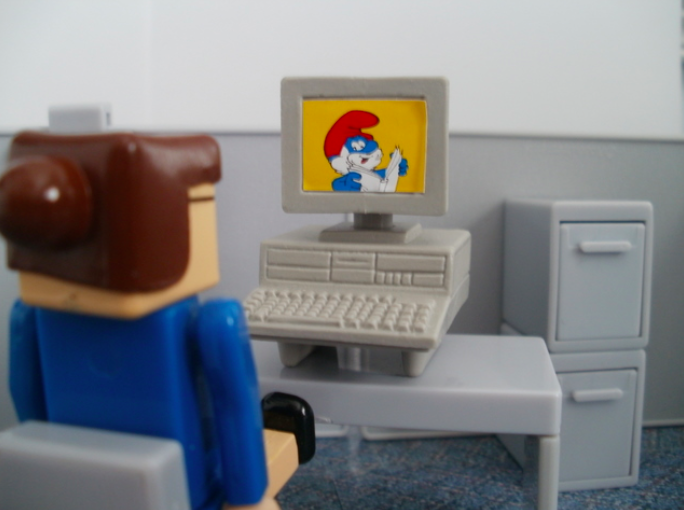 She hid under her desk so Papa Smurf wouldn’t see her. Maybe then he would stop talking?

Alas, no. He just went right on reading the Daily Smurf, page by agonizing page. He even read the ads.

Over in his office, Bob was getting ready to print every e-mail he had received the past few weeks. He prefered to read his e-mail in hard copy format. 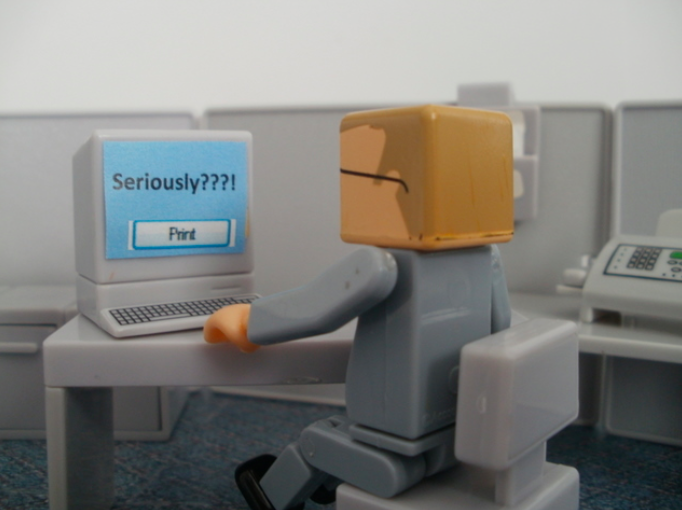 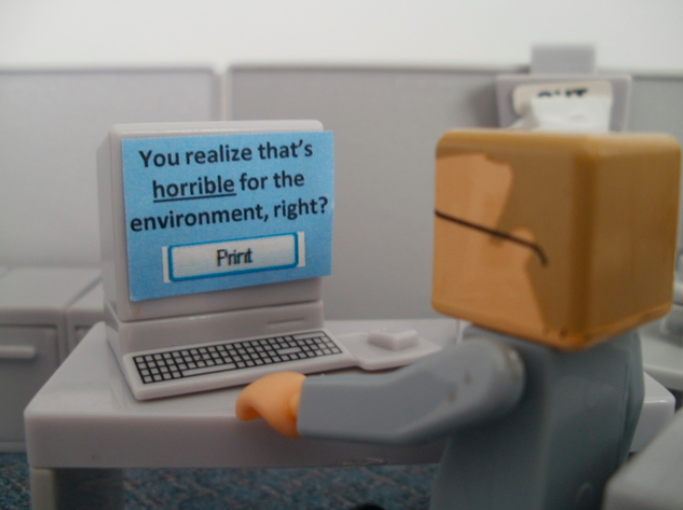 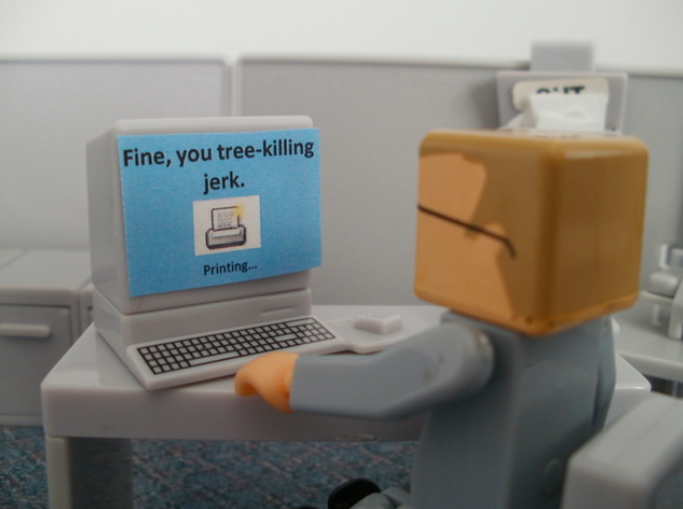 The printing was going to take a while, so Bob situated himself for a quick nap. 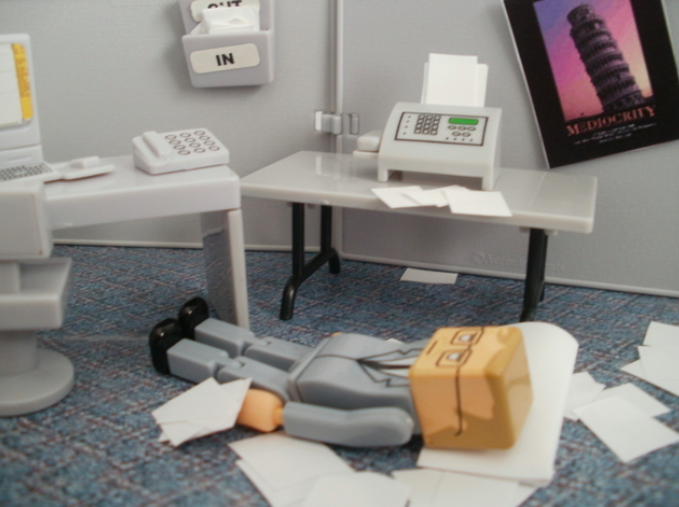 He awoke under an avalanche of paper. 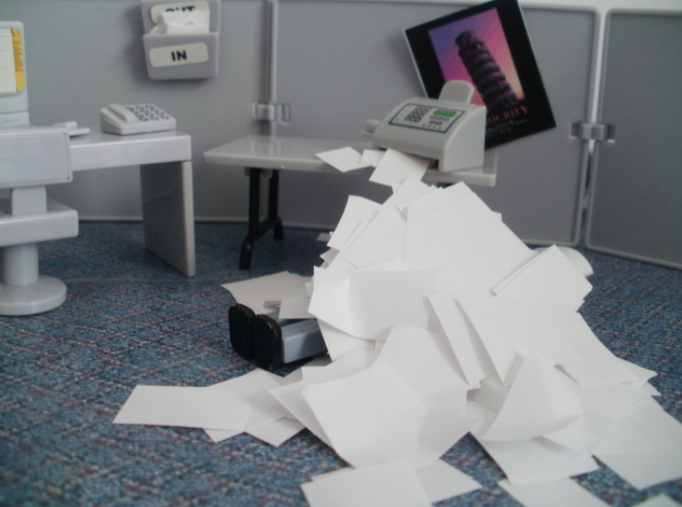 He sat up, groggy and disoriented. Then he got the strange feeling that he wasn’t alone. 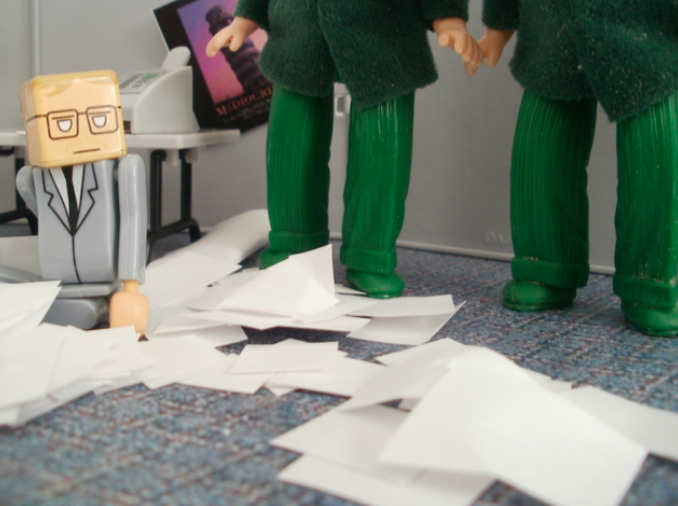 Bob’s heart stopped. The leprechaun!! The one who had threatened him with scissors and a gigantic saw during last week’s wellness campaign!

But why were there two of them??! And why did it look like they were going to pick him up?? Ahhhhh!!!!!

Bob tried to take cover under his emails and crawl to safety. But he was moving very slowly. Luckily, the two leprechauns were staggering along in slow motion as well.

Meanwhile, Sue’s email system finally downloaded the enormous file that had been clogging everything up. It was… a picture of Ted and his dog, Mr. Bojangles?!

She could barely contain her fury.

She marched over to Ted’s office, completely unaware that Bob was only a few feet away, desperately fleeing from two slow-moving leprechauns. 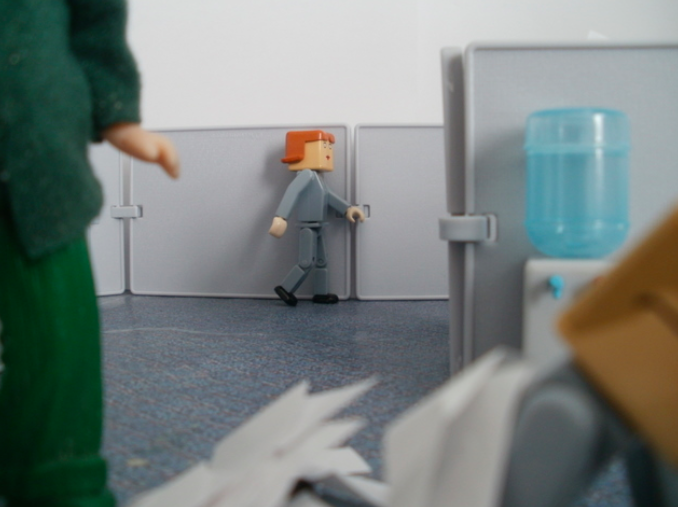 When Sue got to Ted, she began laying into him. He should NOT be sending pictures of his DOG around, blah, blah, blah.

Ann interrupted the fight with a good news/bad news announcement. The good news: Her marathon videoconference with Papa Smurf was finally over. The bad news: What ended it was an office-wide computer crash. The network was completely down. 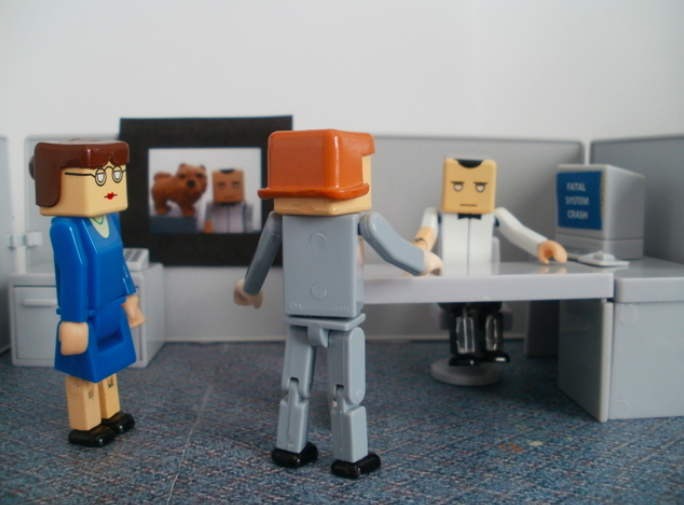 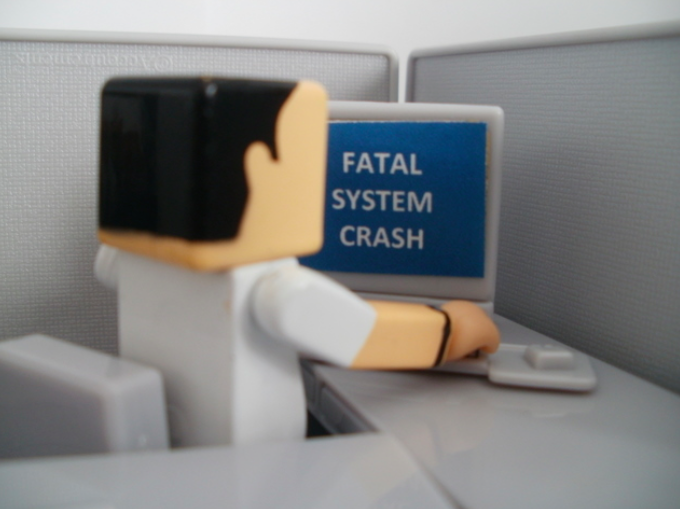 Techie Smurf was summoned immediately, as he was the most tech savvy of the bunch. All the employees (minus Bob) gathered to see if the network could be repaired. 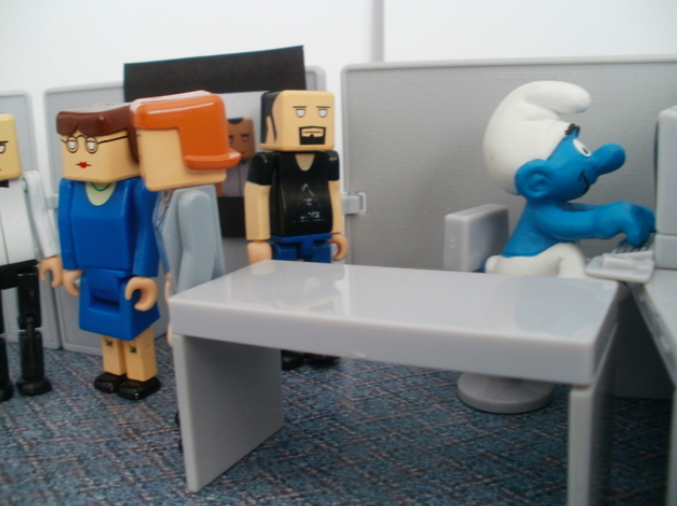 Finally, Techie Smurf stood to announce the cause of the crash.

Evidently someone had tried to download a video called “How To Do The Moonwalk Better Than Anyone On The Planet.” The video had contained a virus that infected every machine. There was only one person in the office who was obsessed with the moonwalk — and, in fact, had been practicing it as recently as last month.

All eyes turned to Derek, who had suddenly become deeply engrossed in the Ted/Bojangles picture. 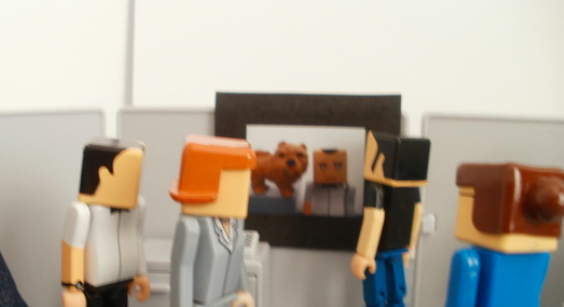 Ted, who thought it was the best picture EVER, assumed Derek felt the same way. He told Derek he could have the photo, frame and all. Derek was not happy about this. But at least it took the focus off the whole “Who downloaded a virus-ridden moonwalk video?” issue.

Before Derek could figure out what to do with the enormous picture, Brandon appeared and told the employees to gather around.

“Forget the system crash,” he said. “You guys won’t believe what I’ve discovered! I’m about to blow your mind.” 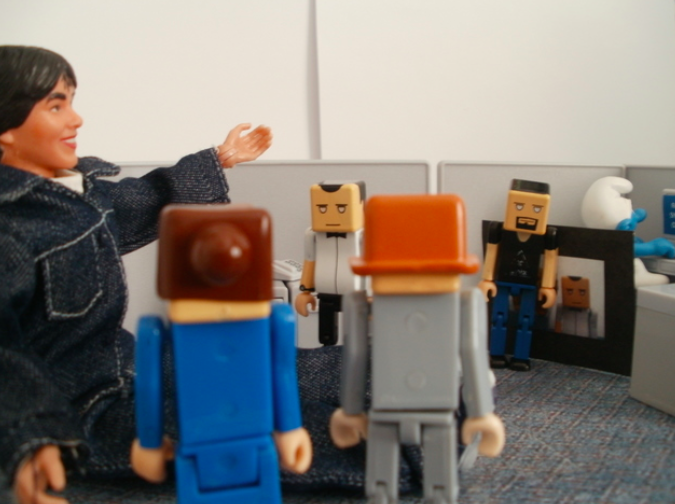