When we last left off, Sue had started moonlighting at The Local Ice Cream Shop. But since Hedger Corp STRICTLY forbids employees to hold second jobs, she had to keep this her gig top secret. All had been going well… until her co-worker Bob walked in and sat at her station.

She thought fast. She would need to wait on Bob, but do it in a way that would disguise her identity.

She decided to douse her face in flavor called “A68ZF/Yf9.”

The “hiding the face” aspect worked, but Sue found it difficult to see where she was going.

Finally she made it to Bob. He was taken aback by the close and personal service. He ordered the flavor called “X$#0000%r” as fast as he could, so the scary lady would go away.

Back at the ice cream counter, Sue tried to collect herself.

Then, something even worse happened.

Techie Smurf, also from Hedger Corp, arrived with a date.

Clearly one of them was celebrating a birthday. And that meant the entire ice cream shop staff would need to gather around the table and sing Happy Birthday. Techie Smurf would surely see her and turn her in. Unless Bob saw her first.

Sue tried not to panic. What was she going to do!?

She began to formulate a plan.

First things first, she needed to “eliminate” the Bob problem.

While everyone was busy tending to business, she slipped back to the storage area…

… and emerged with a huge vat of caramel.

Slowly and steadily, Sue tipped the vat of caramel toward Bob.

Then she threw him in, head-first.

At that moment, she noticed the rest of the staff gathering around the Smurf table. It was time to sing!

Sue tried to hide herself behind someone’s Ridiculously Enormous order of flavor 8+8+8+K.

Unfortunately, it turned out the cone was for Techie Smurf. Sue was going to have to hand it over, thus revealing herself.

While Techie waited for his ice cream, Sue made a decision.

Nearby, Bob was emerging from a caramel nightmare. 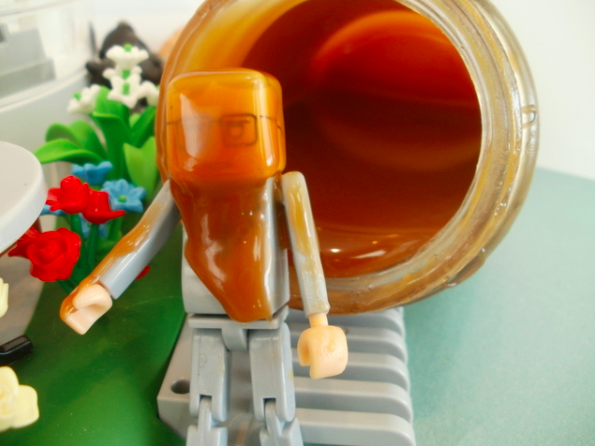 Unfortunately, this was the moment that Danny finally broke free from his ice-cream-cone prison. He surveyed the scene before him. 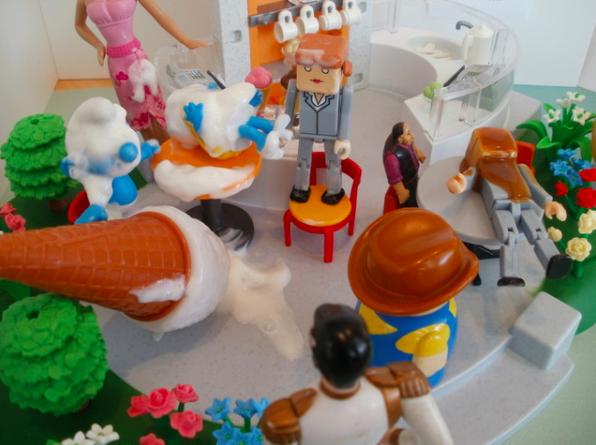 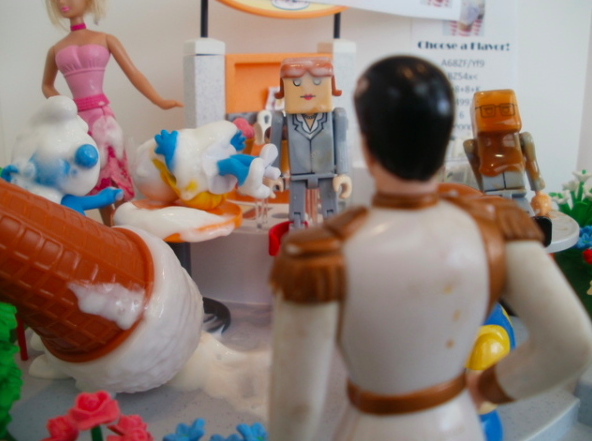 She was fired on the spot and received no paycheck. She did, however, receive the vat of caramel. It was useless now that it had been exposed to Bob’s body.

Sue took the caramel back to the Hedger Corp office and charged the employees $50 for every 10 minutes they wanted to frolic in it. 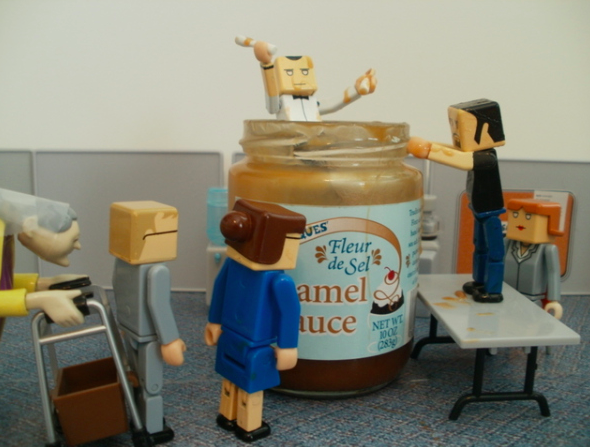 She ended up pulling in 100 times what she would have earned at The Local Ice Cream Shop. 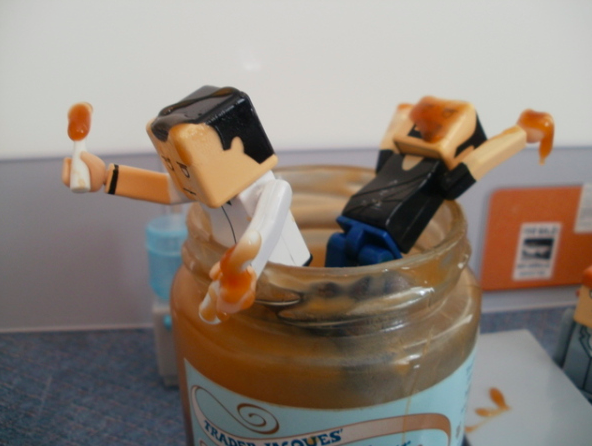 Next week: The employees take a road trip! Stay tuned.