The saga of Hedger Corp, told in weekly installments. (Catch up here)

I wanted to hire a few interns for Hedger Corp, so I announced a tryout. Several candidates showed up. 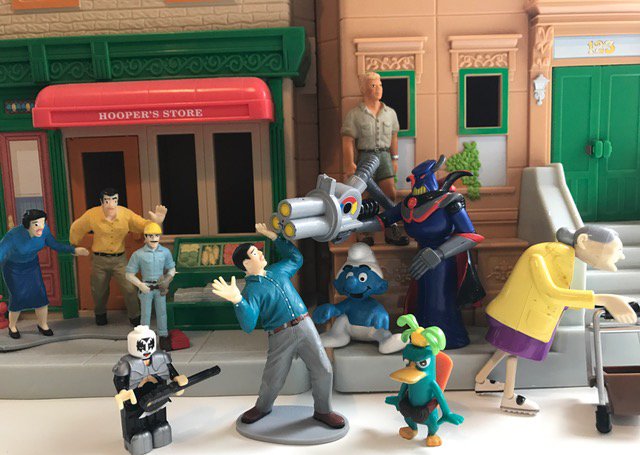 I’m not going to lie–the tryout was tough. It involved things like this: 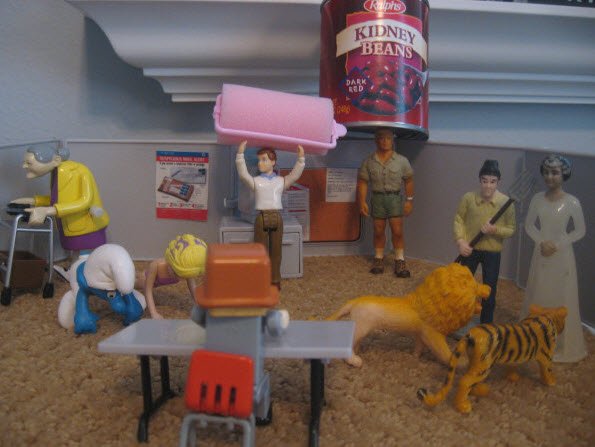 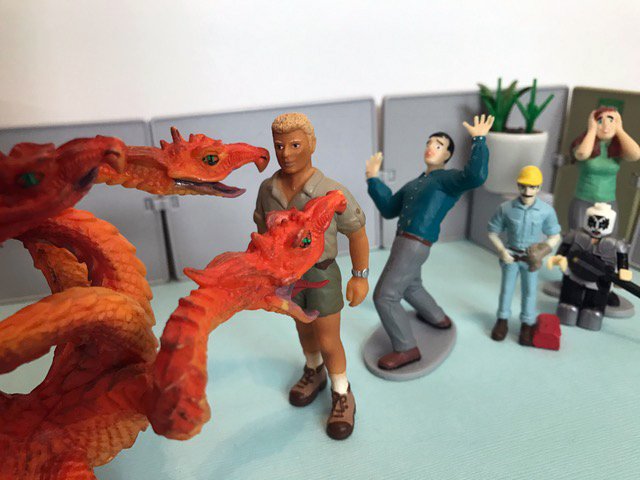 Even more difficult, the candidates had to sift through all of Bob’s spam and try to unearth one or two legitimate emails. 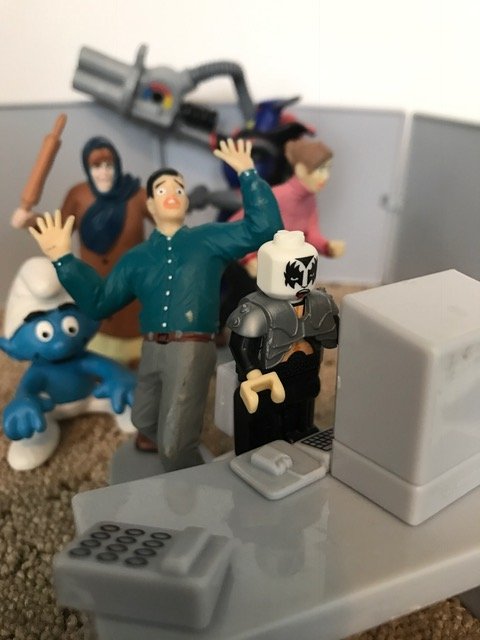 This was a trick test, though. Bob had no legitimate emails.

Most people survived the tryout, and three lucky candidates were selected as new Hedger Corp interns. Congratulations to…

Grandma Bernice, whose walker appears to be fused to her hands. 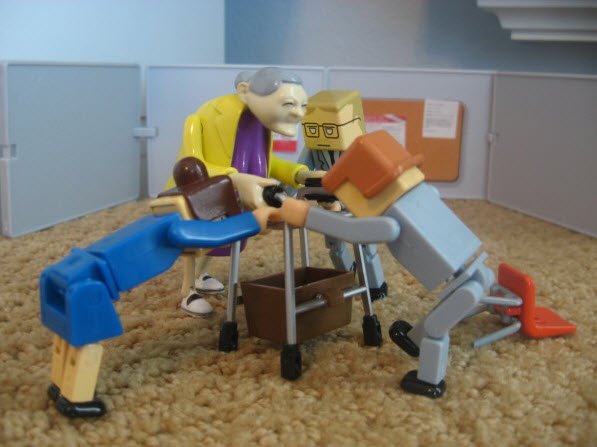 Grandma Bernice who, AFTER being hired, told us she had “heard of this doohickey called a computer” but she had “never actually seen one…until now.” 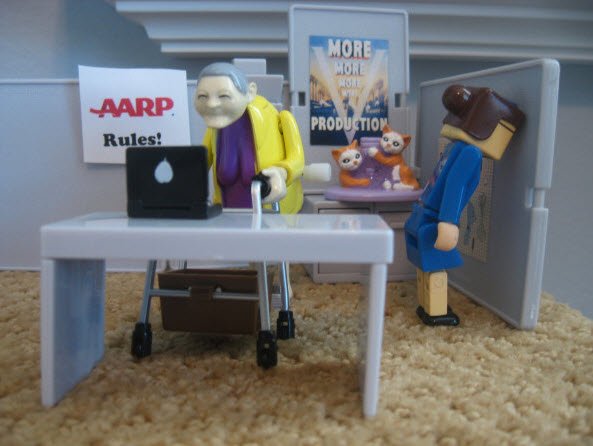 She kept thinking the laptop was a giant calculator, so we issued her a desktop computer instead. The good news was that she eventually figured out how to log on. The bad news was that she immediately got hooked on the game Space Invaders. 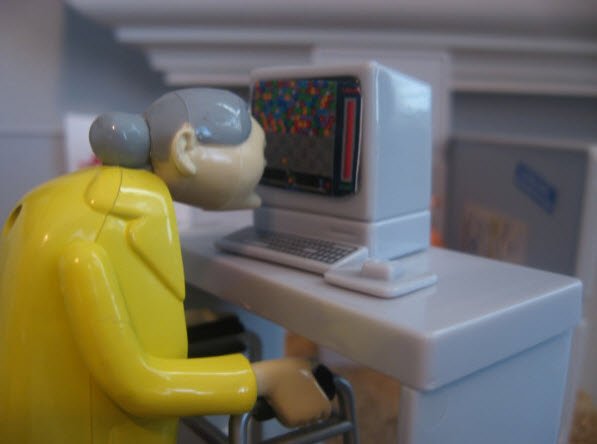 In addition to Grandma Bernice, we hired Techie Smurf. He knows a ton about every tech gadget, social media tool, emerging I.T. platform – you name it.

Derek had been our resident tech guy, but Techie Smurf put him to shame. Derek did not take this well. Thankfully, his sobs were drowned out by Techie Smurf’s thousand-word-per-minute typing. 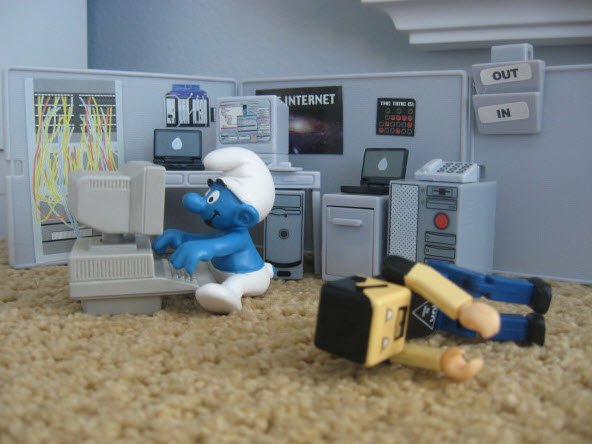 Along with these two interns, we hired Safari Dan. He seemed like a promising candidate, but it turns out all he does–ALL day long–is pose dramatically on office furniture. I can’t believe his references didn’t mention this! Thanks a lot, references. 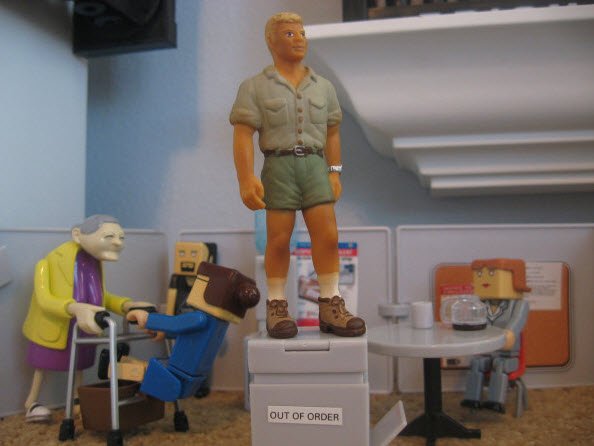 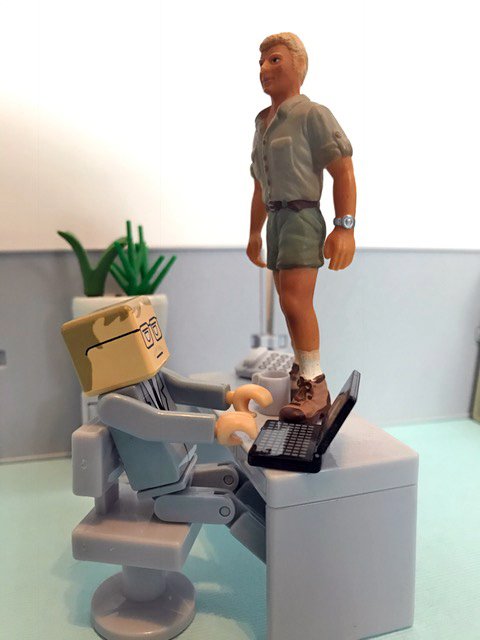 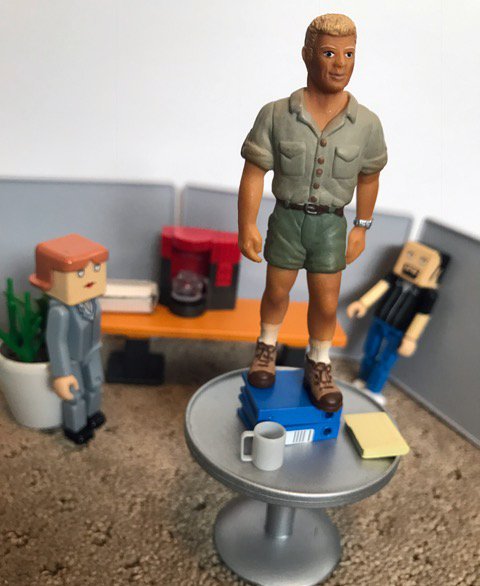 Now that we have new staff members, it’s time for a team-building workshop! Unfortunately, there’s nothing my employees hate more than team building.

Next: The workshop gets underway, and things start to unravel…