Introducing the saga of Hedger Corp, told in weekly installments.

The trouble began when the new guy arrived. Where did he come from? What role was he filling? Why was he wearing a mask and carrying a fire extinguisher? No one had answers. All we knew for sure was that his pants were way too tight. 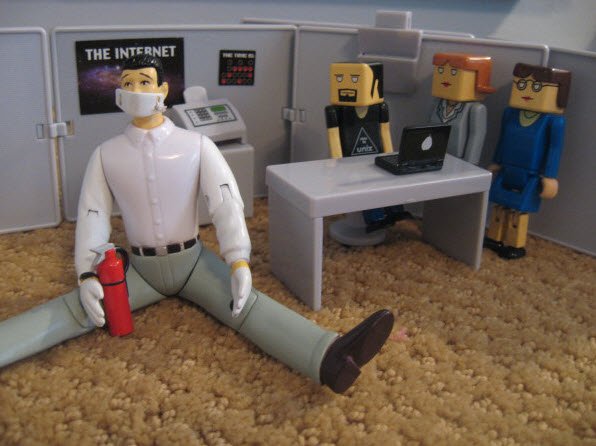 The employees kept an eye on New Guy, but he didn’t do anything. Just sat there. Perhaps waiting for a metaphorical or literal fire to extinguish? Either way, it was getting boring, so they headed to the breakroom for morning coffee break #5.

And that’s where they found it: The detached arm. 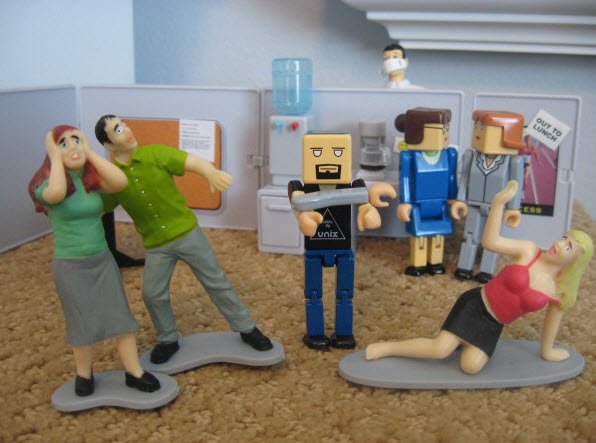 The arm looked like Bob’s… and Bob was nowhere to be found.

Naturally, detectives arrived on the scene to examine evidence and question everyone. 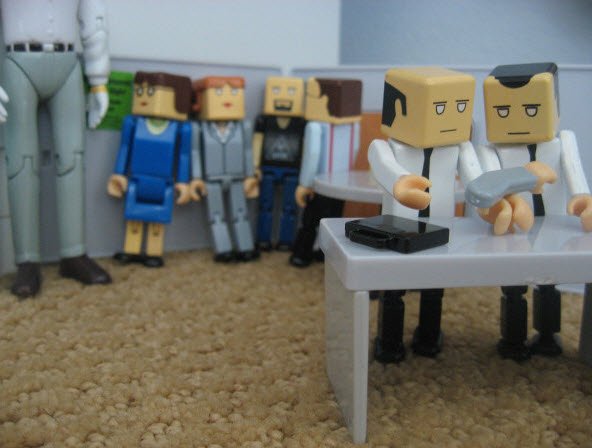 Meanwhile, Bob was in his cubicle–not doing well. His arm had indeed fallen off, and the pain was so extreme, he was hallucinating. 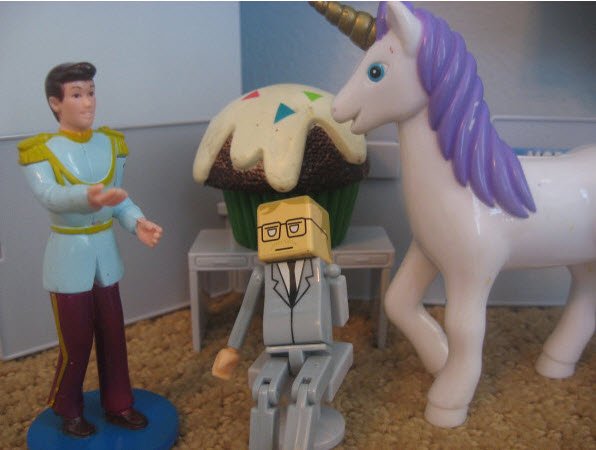 In yet another corner of the office, Hot Mailroom Guy was thinking about the morning. How could a co-worker have lost an arm? Little did he know the answer was literally coming to him… 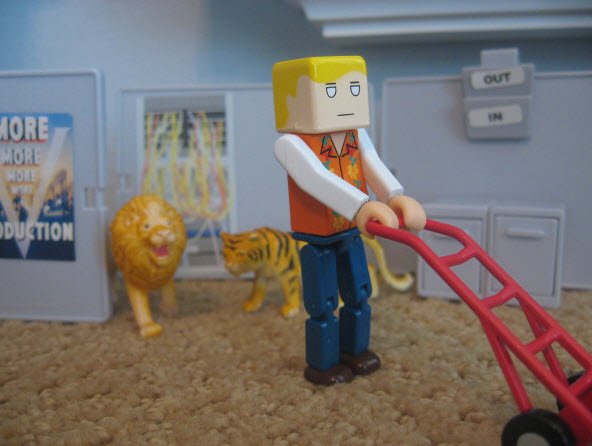 Back in the breakroom, the detectives were gone and employees began to mourn Bob’s demise. The upside: They got to finish off his donuts. Also, they found a use for his arm. 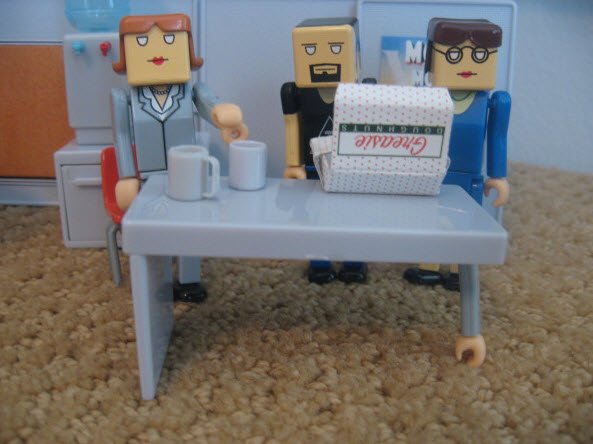 Things weren’t quite as calm back in the mailroom, where the lion and tiger prepared to relish an afternoon snack. Things were looking bleak until, out of nowhere, New Guy burst in to save the day! 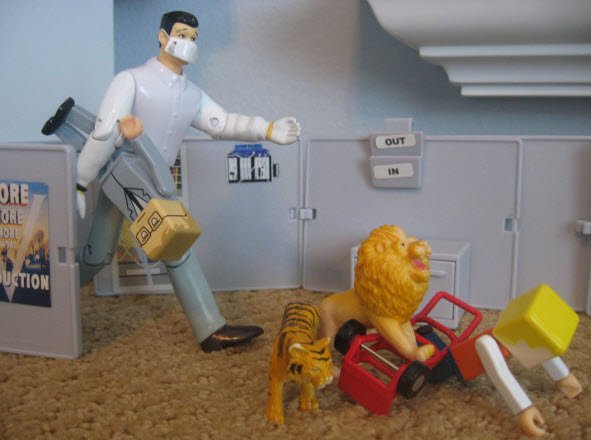 Perhaps we shouldn’t have been so quick to judge New Guy. But seriously, why the ultra tight pants?? 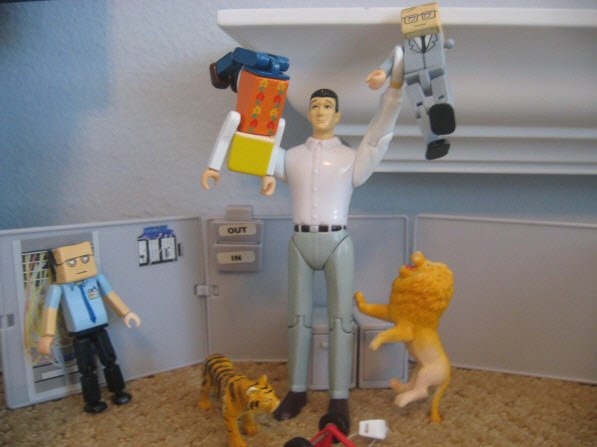 New Guy ran through the halls carrying these guys for a bit, then eventually dropped Bob off at his cubicle.

Unfortunately, things got a bit awkward at Bob’s cube. 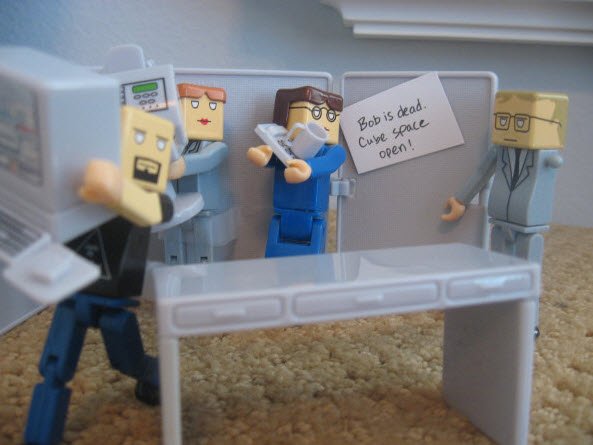 We’re not sure how the lion and tiger got in, or where they are right now. As for The New Guy, he departed as mysteriously as he arrived… 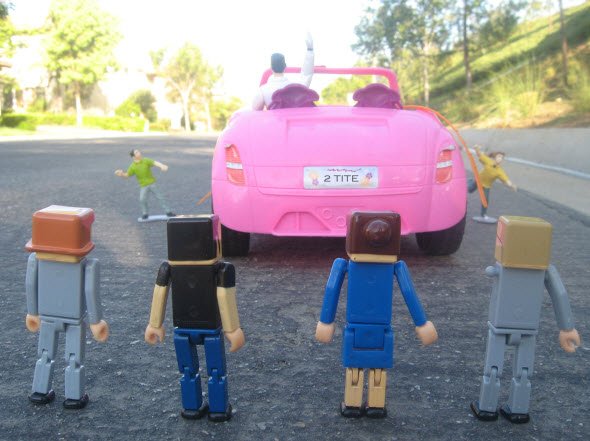 Next: The staff heads to Starbucks to get my coffee, and Bob receives help from a surprising source…