The saga of Hedger Corp, told in semi-regular installments. Catch up here if you’d like.

When we last left off, Bob had been invited to a non-existent “Dress Like Your Favorite Celebrity Day” in the office. Since he was the only one who received an invitation, he was also the only one who showed up in costume. Dressed as Lady Gaga. 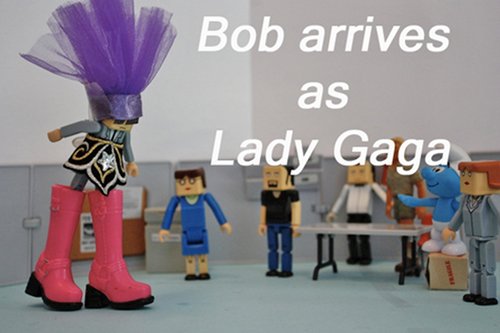 The situation swiftly declined from there, especially with paparazzi still swarming the Hedger Corp office. Those guys were all over, snapping pictures, taking videos, yelling things like, “Is that really Lady Gaga?” and “No! It’s just a weird dude trying to look like her!”

The employees rushed to Bob’s aid, and cordoned off part of the breakroom. 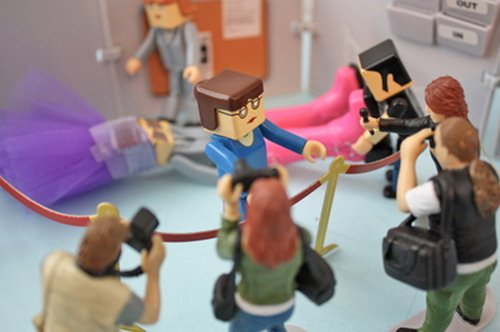 First they tried to remove the Lady Gaga boots. 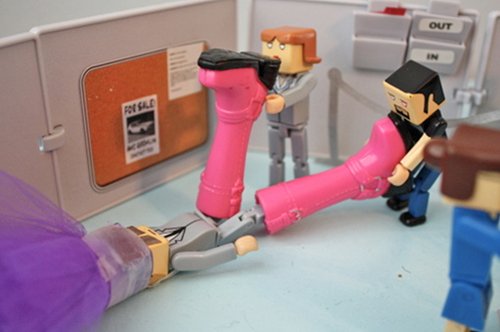 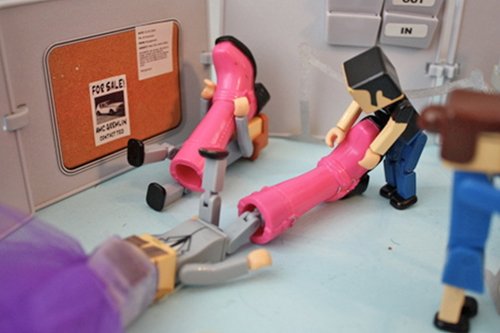 Then our intern Papa Smurf appeared and told everyone to step aside! He had something that would “blow the roof off this joint.” (His words.) 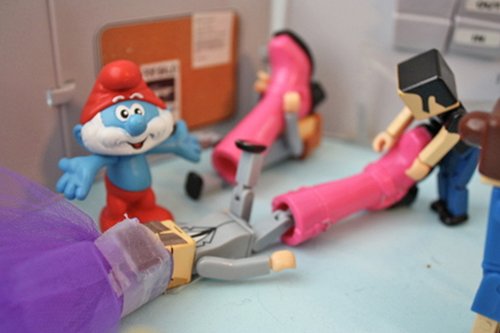 Papa Smurf produced another Lady Gaga-inspired shoe and forced it onto Bob’s foot. This did NOT blow the roof off, as it turns out. People were confused, and someone yelled, “What are you doing, old man?!” 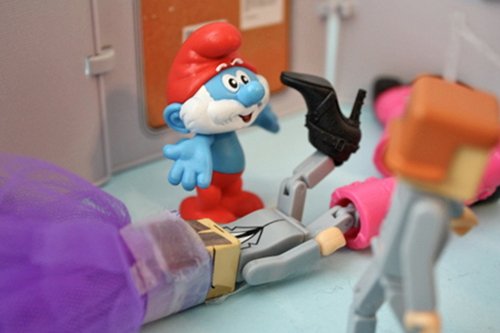 Bob was worse off than ever. The stiletto heels were killing him, and worse, Papa Smurf had outfitted him with a green headpiece–in a shade that someone with Bob’s skin tone should never wear. 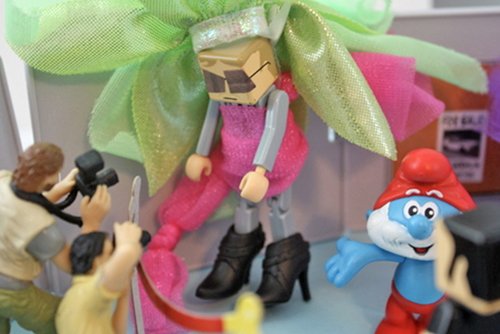 Weighed down by so many fashion “don’ts,” Bob collapsed. 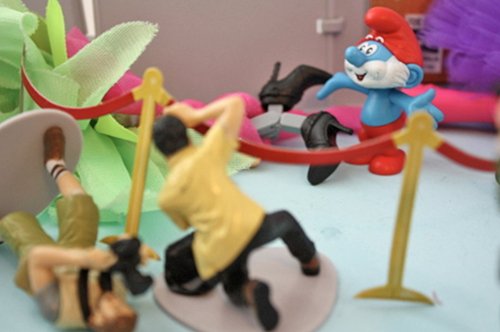 It was a dark hour.

Just then, a savior arrived. With a boom box. 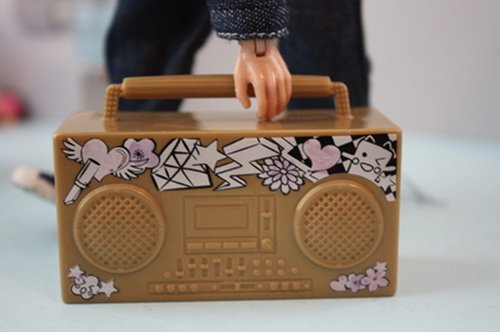 Hallelujah, it was Brandon! My personal assistant. 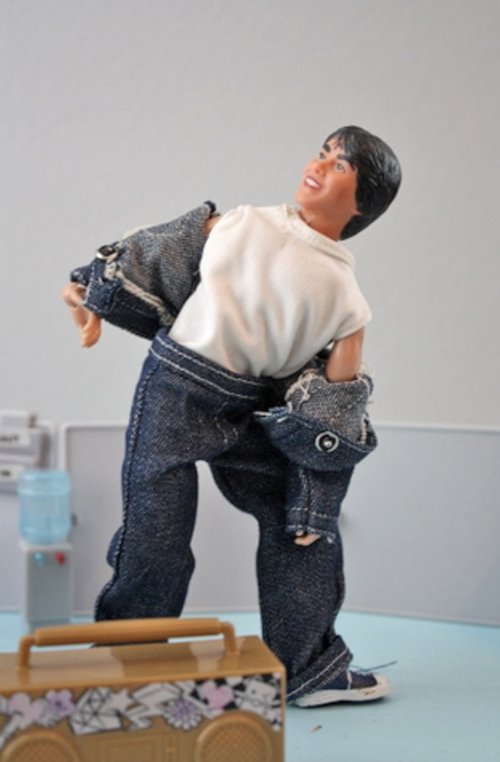 He turned on his favorite song, “Rapper’s Delight” by The Sugarhill Gang, and began bouncing lightly.

Then–BOOM–he threw off his jacket! 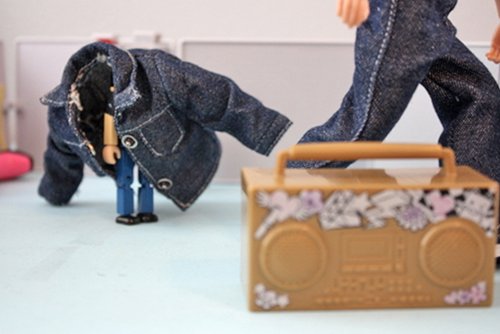 Things got quite jiggy from there. 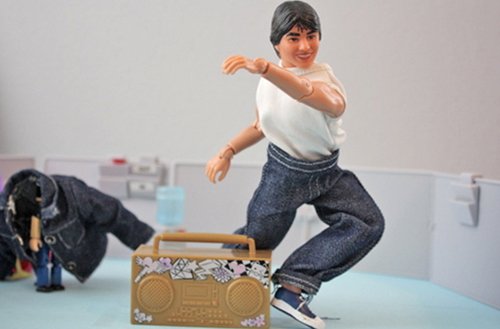 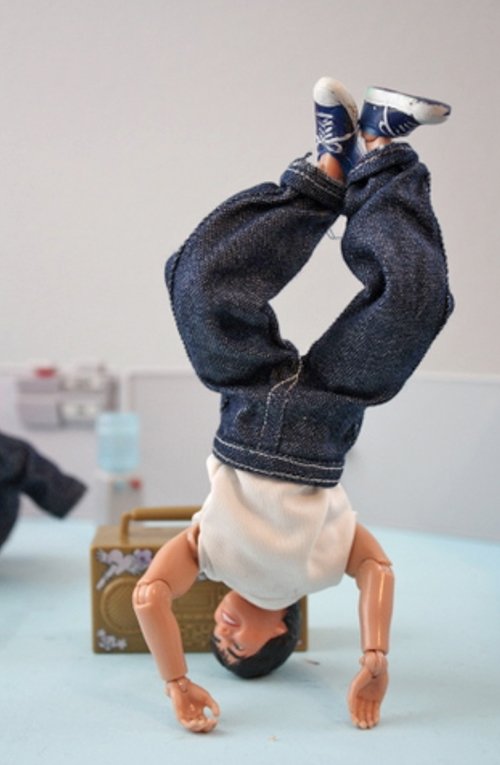 Brandon’s dance was both a brave act to spare Bob, and a demonstration of outrageous natural talent. The paparazzi went crazy. 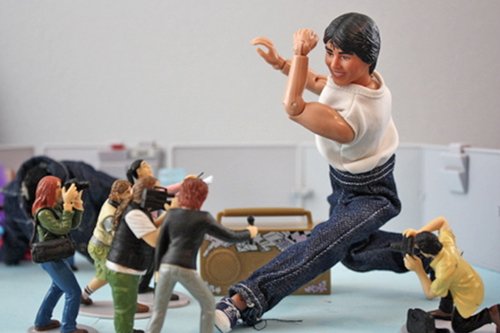 The dance went on for a while (“Rapper’s Delight” is a long song). It gave the employees enough time to drag Bob to safety and help him de-Lady-Gaga himself.

Unfortunately, the paparazzi didn’t depart easily. They stayed in the office for WEEKS, snapping pictures of anything and everything. 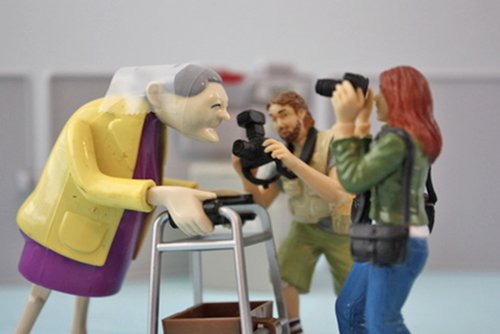 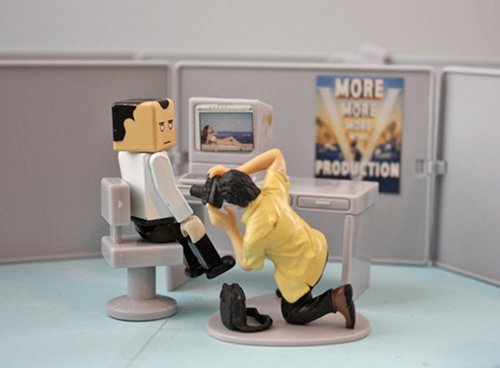 Eventually they worked themselves into a frenzy just taking pictures of each other. 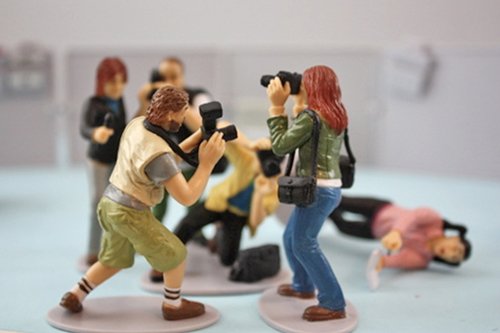 Next time: An “Effectiveness Coach” visits the office, and delivers more than we bargained for.