It was 2009, and we were hanging out in the backyard. I asked my daughter Claire (three years old) if she knew what a coin flip was. 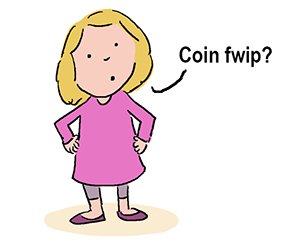 Her sister Kate, age six, was only too happy to fill her in. 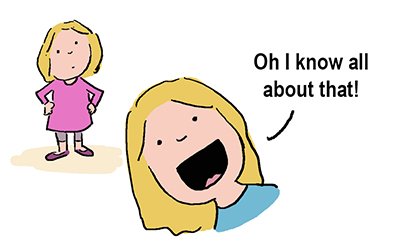 I demonstrated how to flip a coin and I told Claire that she could choose heads or tails. Then she would win or lose depending on how the coin fell. She seemed fascinated by the concept. I said, “Go ahead and try it!”

I was picturing this: 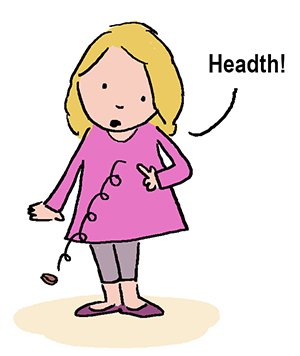 But instead, she wound up like a pitcher throwing a fastball and hucked the coin across the yard. 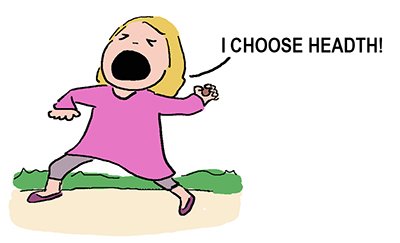 Ignoring me, she kept dashing over to the coin, picking it up, and then hurling it in whatever direction she was facing.

“You’re going to take someone’s eye out!” I shouted.

The coin was zooming around ricocheting off of things. I could hear Kate shrieking at me. 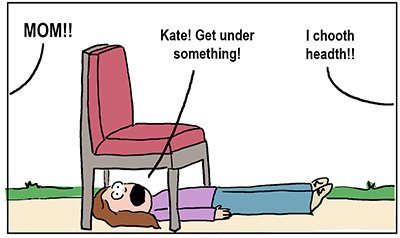 Mercifully, she lost the coin at one point in the plants. 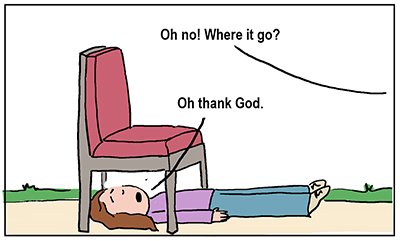 But somehow she unearthed ADDITIONAL coins. 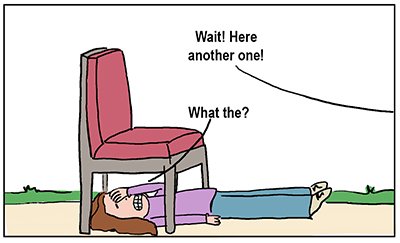 Where was this supply coming from!? It was too risky to investigate. I just had to hope it would run out soon.

After a while, Kate started yelling out things that they could flip for.

“Let’s flip to see who gets to pick a TV show later!” she yelled. Claire would throw the coin, then run to it and announce, “You win!” or “I win!” And Kate would call out something else to flip for. 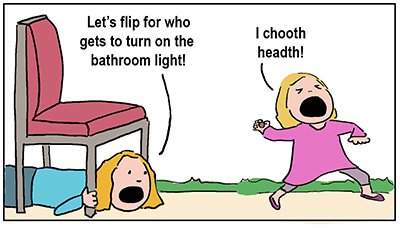 Just when I thought I’d have to ambush her, Claire lost the final coin. She shot it over the wall and it disappeared into our neighbor’s yard.

I had to wonder: Did it hit the neighbor and take his eye out? Shoot. Someone should go check, but who?

We’d have to flip for it.