Our little character is stunned — in MANY languages — that it’s December! 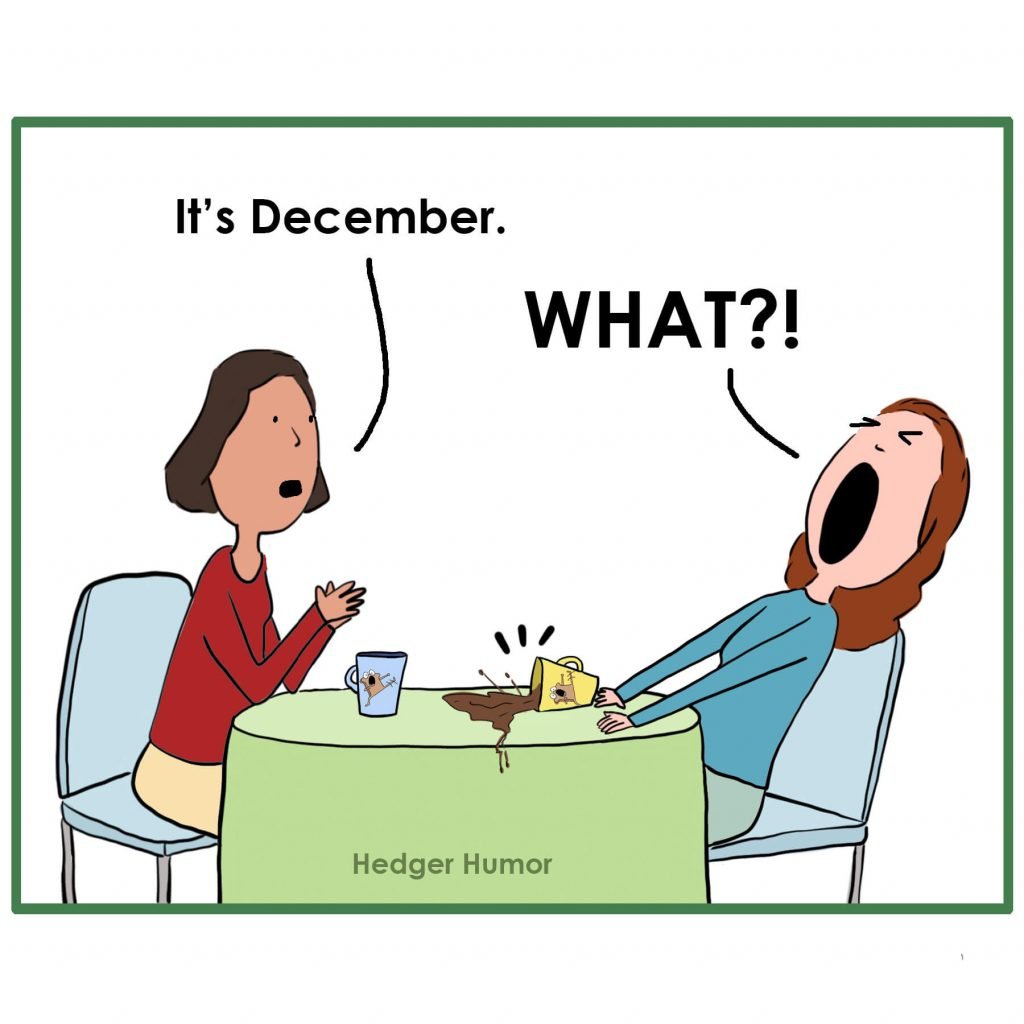 Last month I added Spanish, and this month, based on messages from readers, I added several more languages! See below…

It’s fascinating to see the process of translating this simple cartoon. It’s not a matter of just typing words into Google Translate. There are different ways to express surprise in different languages — and it’s all quite nuanced. Thank you to all the wonderful people who helped translate this one! 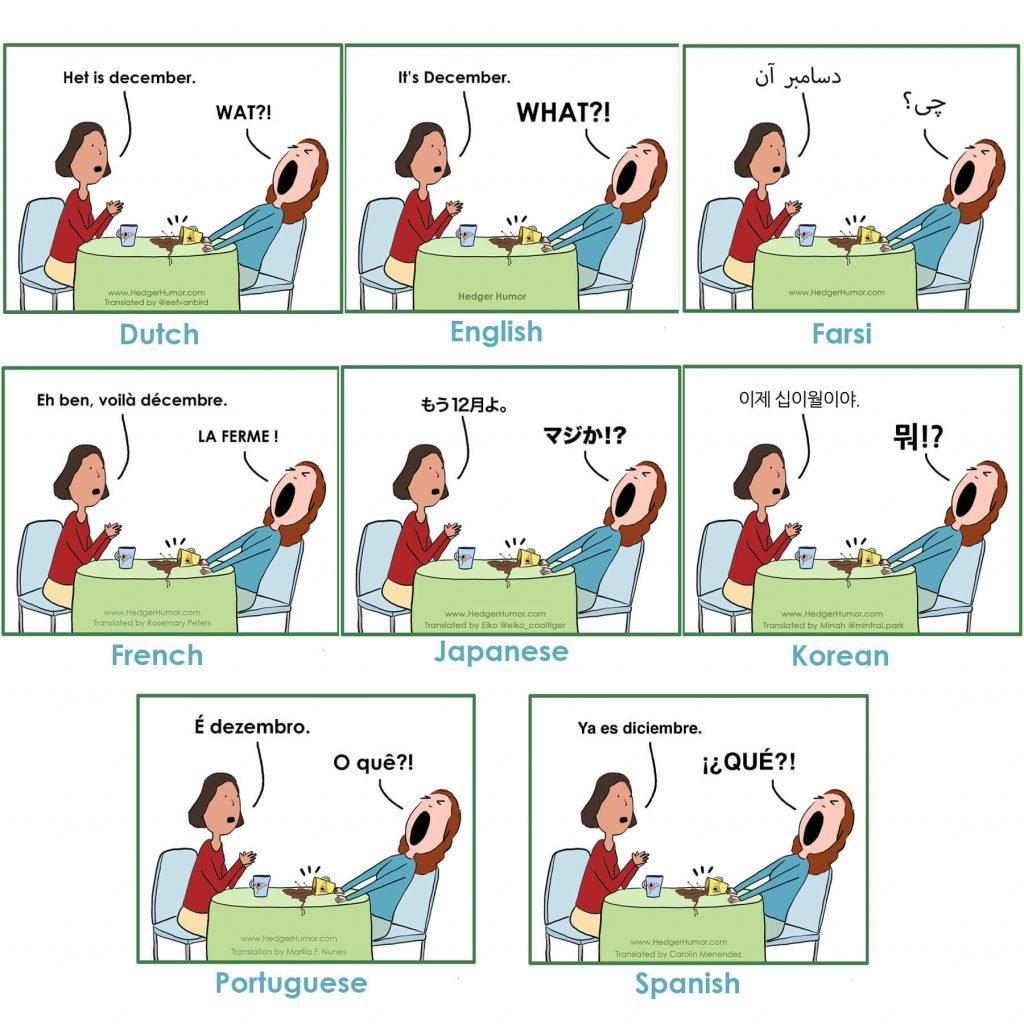 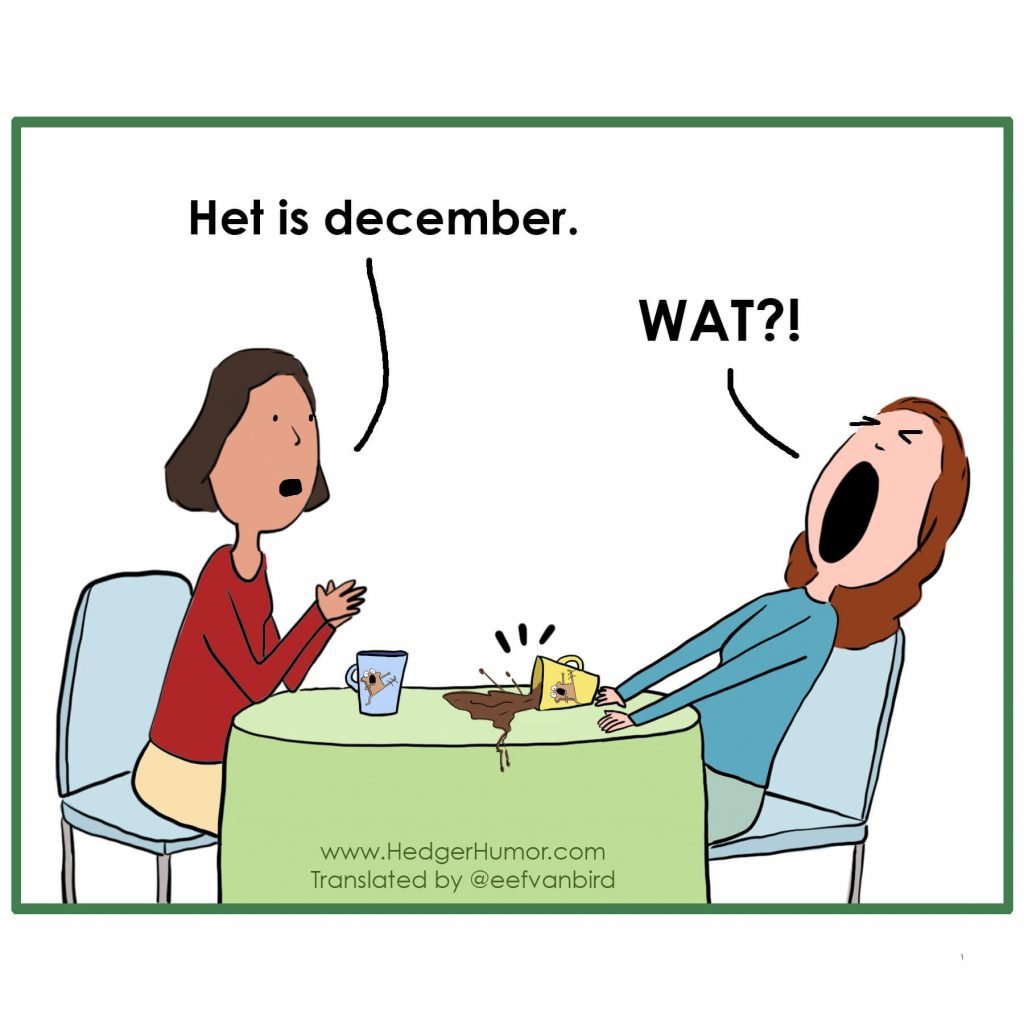 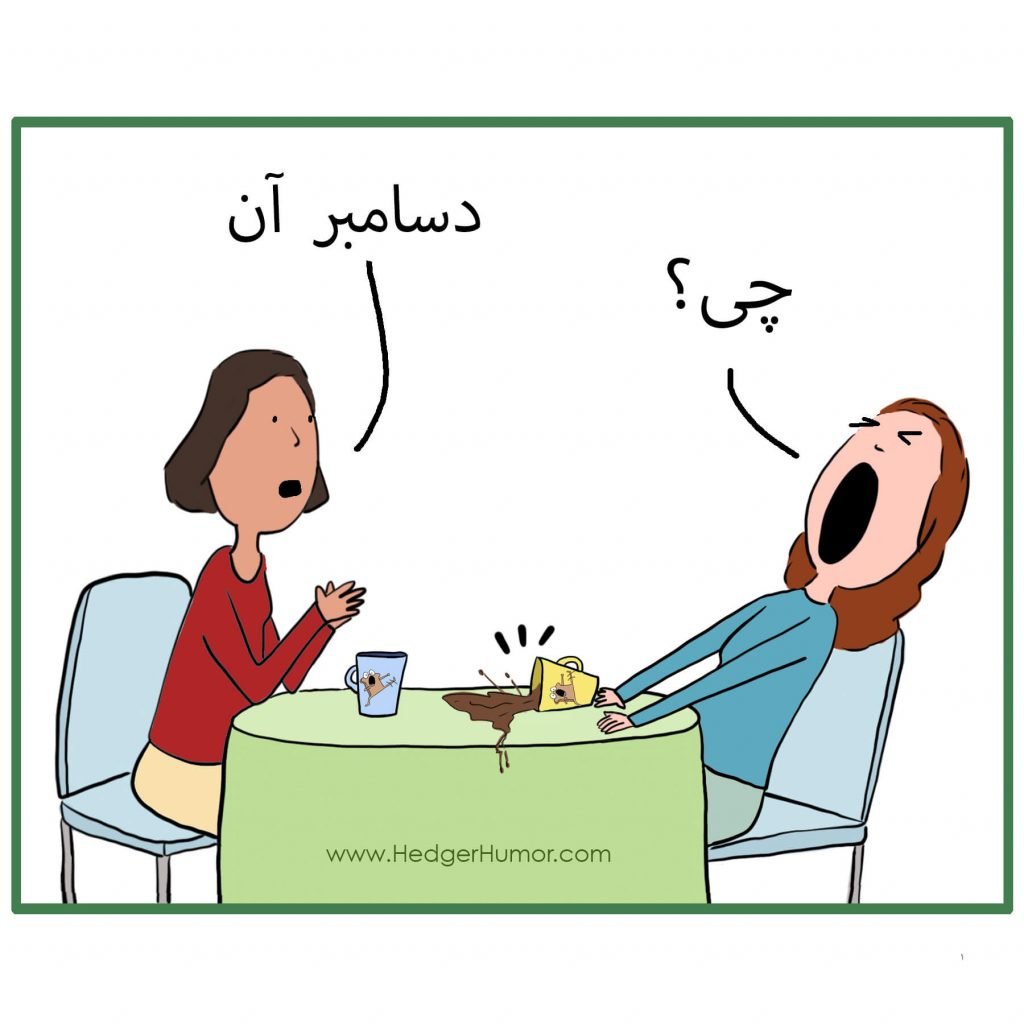 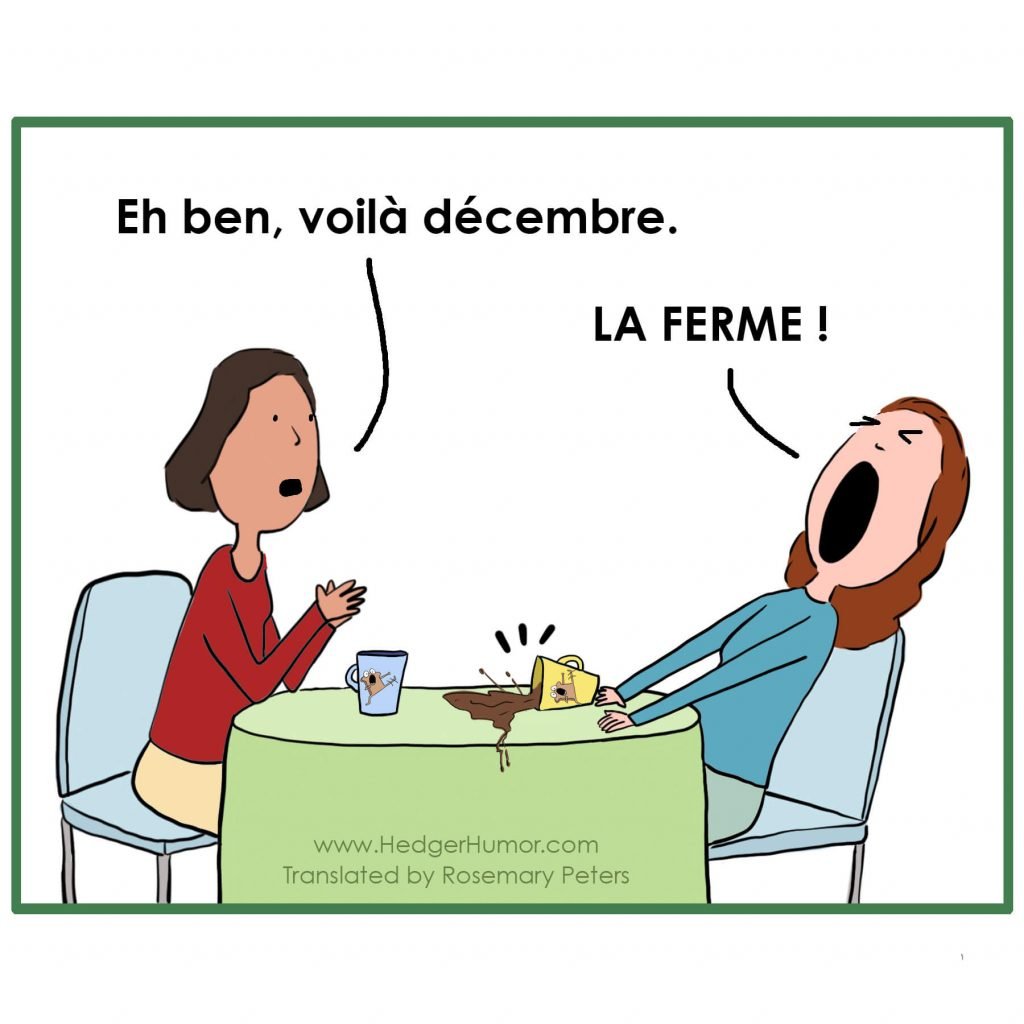 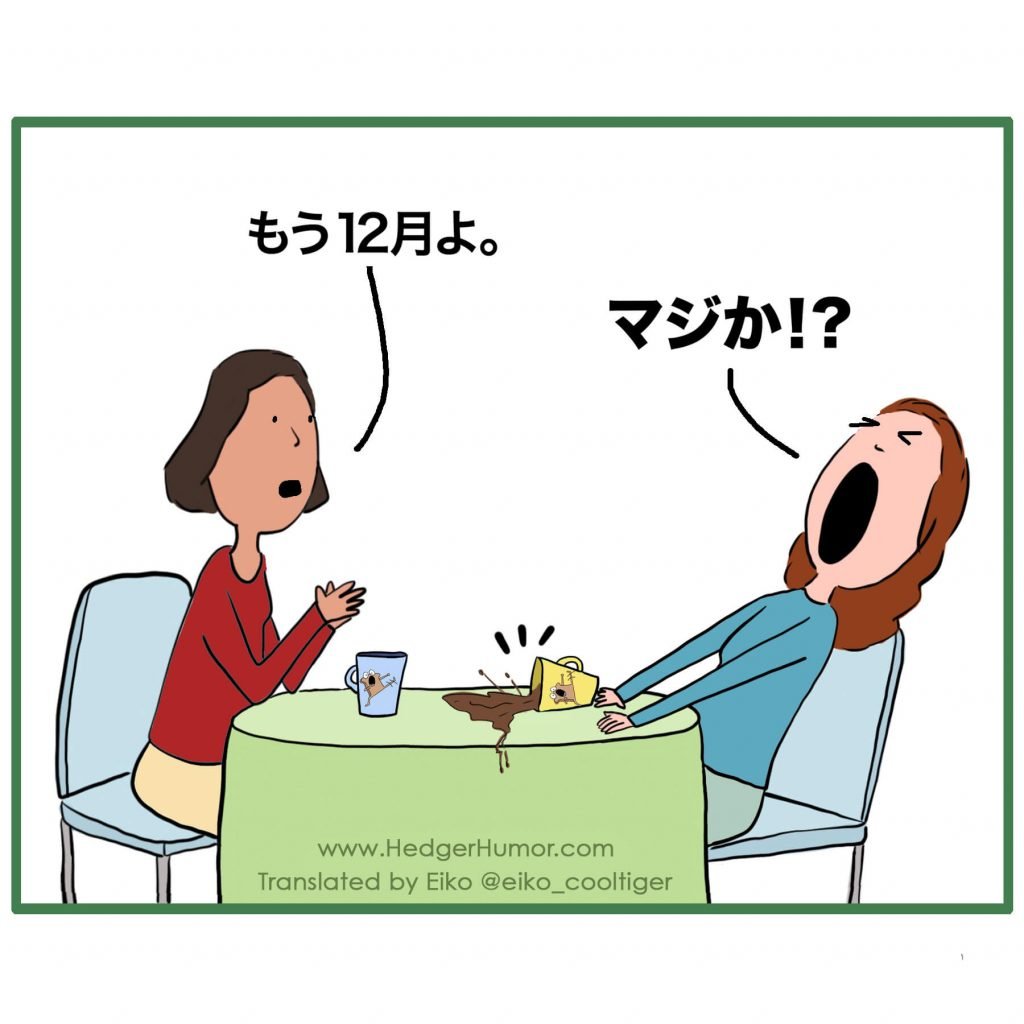 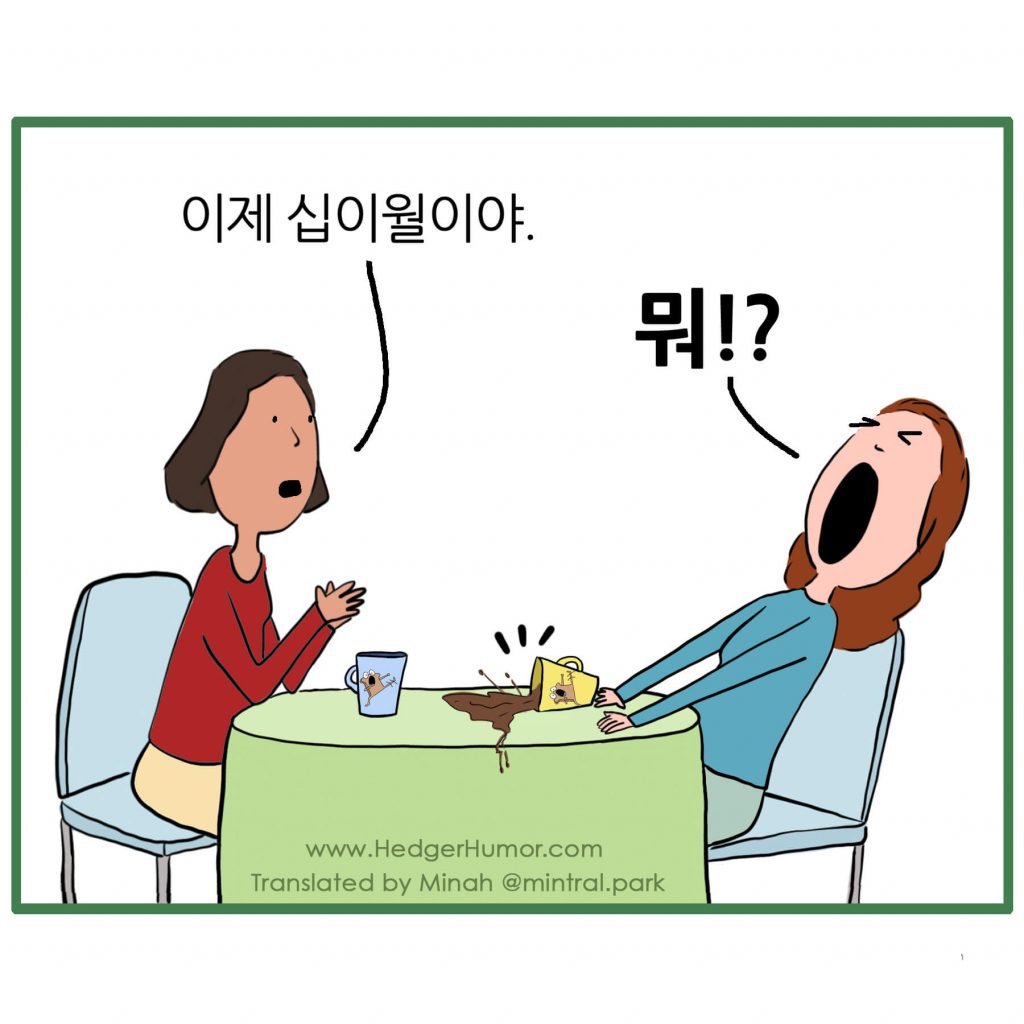 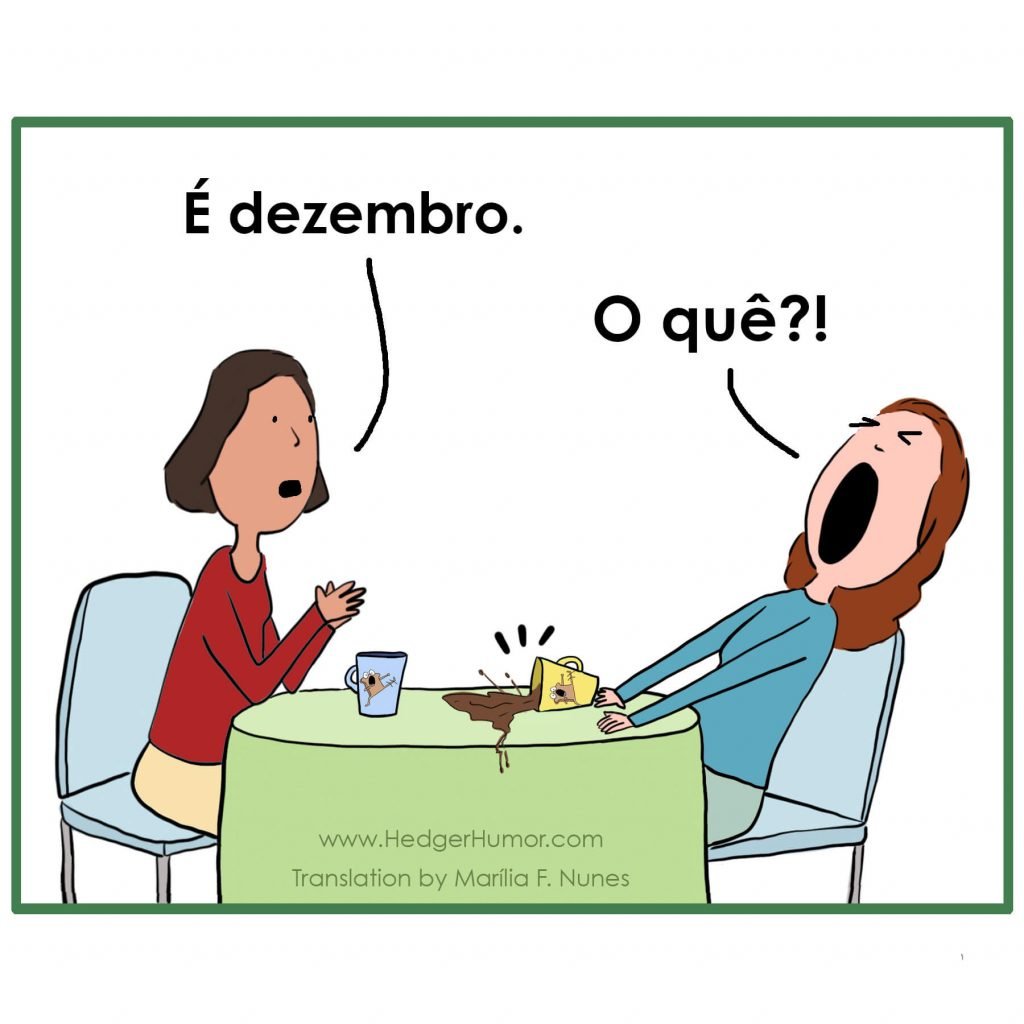 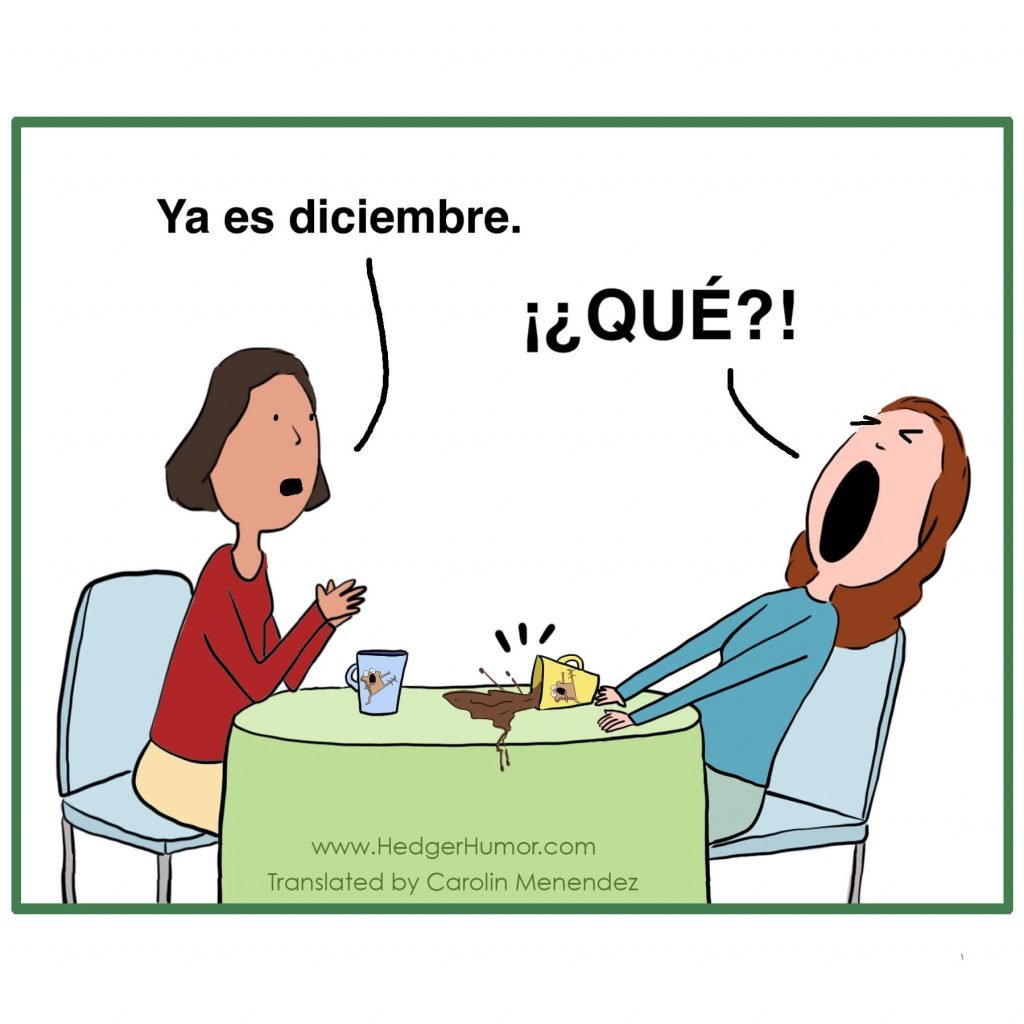