Being inside so much lately has made me appreciate nature all the more. When I’m walking the dog, I pay more attention to everything I see and hear outside.

I created this cartoon to capture that feeling, and to honor Earth Hour. Earth Hour is an event that started in Sydney, Australia, in 2007 and has grown to become the world’s largest grassroots movement for the planet. 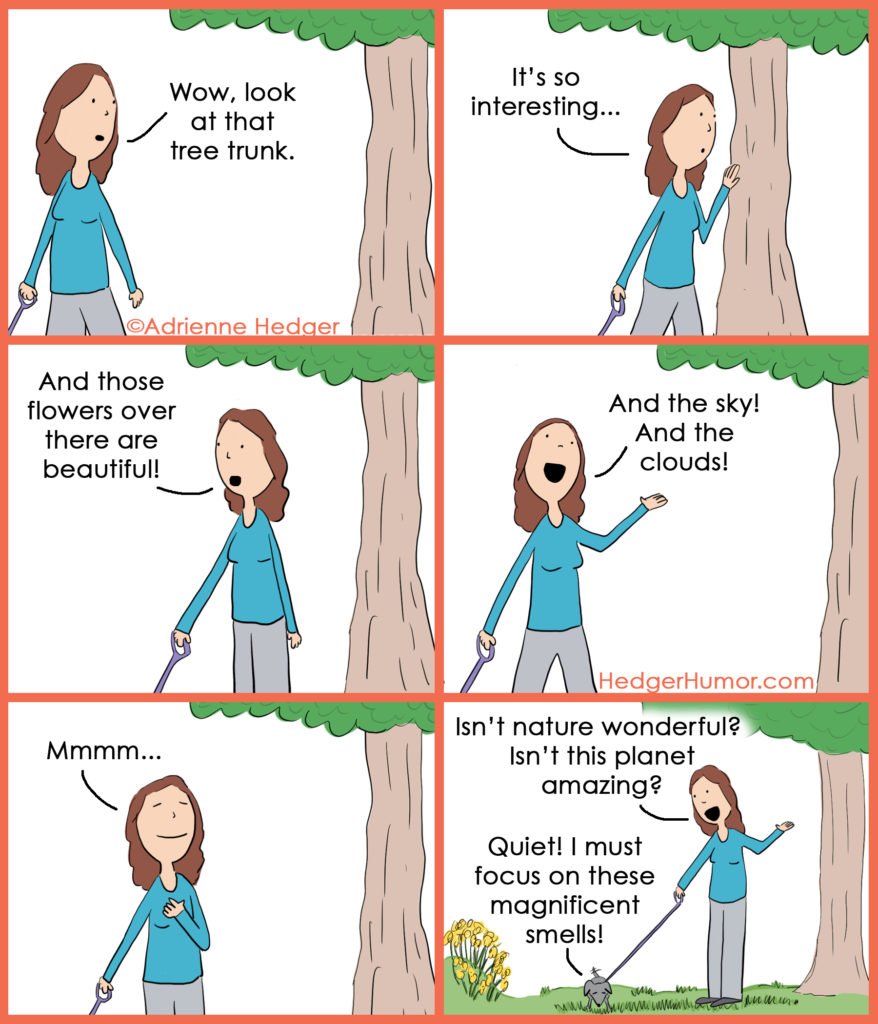 During Earth Hour on March 28, people switch off their lights for one hour (8:30 to 9:30 PM) as a symbolic gesture to show their support and dedication to the effort to protect our planet. Beyond this hour, there are also Earth Hour volunteers who run on-the-ground projects, such as beach cleanups to wildlife conservation to education.

Thank you to fellow cartoonist Doodles in a Box for reaching out to me and asking me to participate in supporting Earth Hour by creating a cartoon. Instagram cartoonists from the U.S. to the United Kingdom, Canada, Turkey, Singapore, China, Venezuela and more are taking part, and I’m proud to be among them!